In a recent clinical trial, patients who had chronic spontaneous urticaria (CSU) for more than 6 months that would not respond to high doses of standard treatment (H1-antihistamines) – were enrolled to evaluate a “BTK blocker” drug, called, "fenebrutinib".

Chronic spontaneous urticaria (CSU) is an autoimmune disease where patients suffer from hives (urticaria) – swollen bumps that appear on the skin without an external reason. CSU can also present as painful and puffy swellings under the skin (angioedema). A diagnosis of CSU means the recurrence of one or both symptoms for 6 weeks or longer – meaning that the symptoms keep coming back.

In CSU, the activity of IgE and IgG autoantibodies activate immune cells (mast cells and basophils) via the cross-linking of FcεRI receptors. Next in the signaling cascade, the cross-linked FcεRI receptors activate Bruton’s tyrosine kinase (BTK). If FcεRI signaling is impaired, as when the BTK gene (and protein) is absent in BTK-null mice and BTK-deficient humans, then there is a reduction in the levels of histamine and inflammatory cytokine released by mast cells and basophils.

Fenebrutinib is an experimental drug that blocks BTK. In lab experiments, fenebrutinib blocked IgE-mediated histamine release from mast cells. Treating healthy volunteers with fenebrutinib blocked IgE-mediated basophil activation. Apart from mast cells and basophils, BTK is critical in B cells, and blocking BTK with fenebrutinib has shown promise in B cell-related diseases, including rheumatoid arthritis. As B cells give rise to antibodies, it may be that blocking BTK could disrupt the production of FcεRI-activating autoantibodies seen in CSU.

The focus of the study (primary endpoint) was a measure of the change in disease score at Week 8 in comparison to baseline – using the Urticaria Activity Score over 7 days (UAS7). The study also measured (secondary endpoints) – the change in UAS7 at Week 4 versus baseline, the proportion of patients whose disease was well controlled (UAS7 ≤6) at Week 8, efficacy in patients with type IIb autoimmunity, and effects on IgG-anti-FcεRI levels.

BTK inhibition demonstrates activity in CSU: Compared to placebo, patients who were treated with middle and high doses of fenebrutinib had greater average drops in UAS7 scores at Week 8 from baseline – the primary endpoint. BTK inhibition (versus placebo) resulted in patients having well-controlled disease, with more patients demonstrating this response as the drug dose was increased. The proportion of patients who had a complete response (no disease) at Week 8 also showed a dose-dependent trend.

BTK inhibition results in rapid improvement of CSU: The highest level of improvement seen in patient UAS7 scores was achieved early in the treatment. That means, UAS7 scores at Week 8 were similar to those at Week 4. Even within the first week of treatment, BTK inhibition led to marked increases in the proportion of patients with well-controlled disease.

Fenebrutinib is well-tolerated: The most common side effects were hives (urticaria), common cold (nasopharyngitis), and headache. There were no serious side effects or deaths. Four patients on active treatment had elevated levels of liver enzymes (transaminase elevations) not associated with any physiological symptoms, which resolved within 10-30 days after stopping treatment.

Summary: Targeting BTK with inhibitor drugs may be useful in CSU. CSU type IIb disease is harder to treat with currently available treatments but these patients responded to fenebrutinib across all dose levels, while those with CSU type I had smaller responses at the lower drug doses. The rapid onset of efficacy (effectiveness) suggests that the major mechanism of action in CSU is the blocking of FcεRI signaling via BTK inhibition in mast cells and basophils. 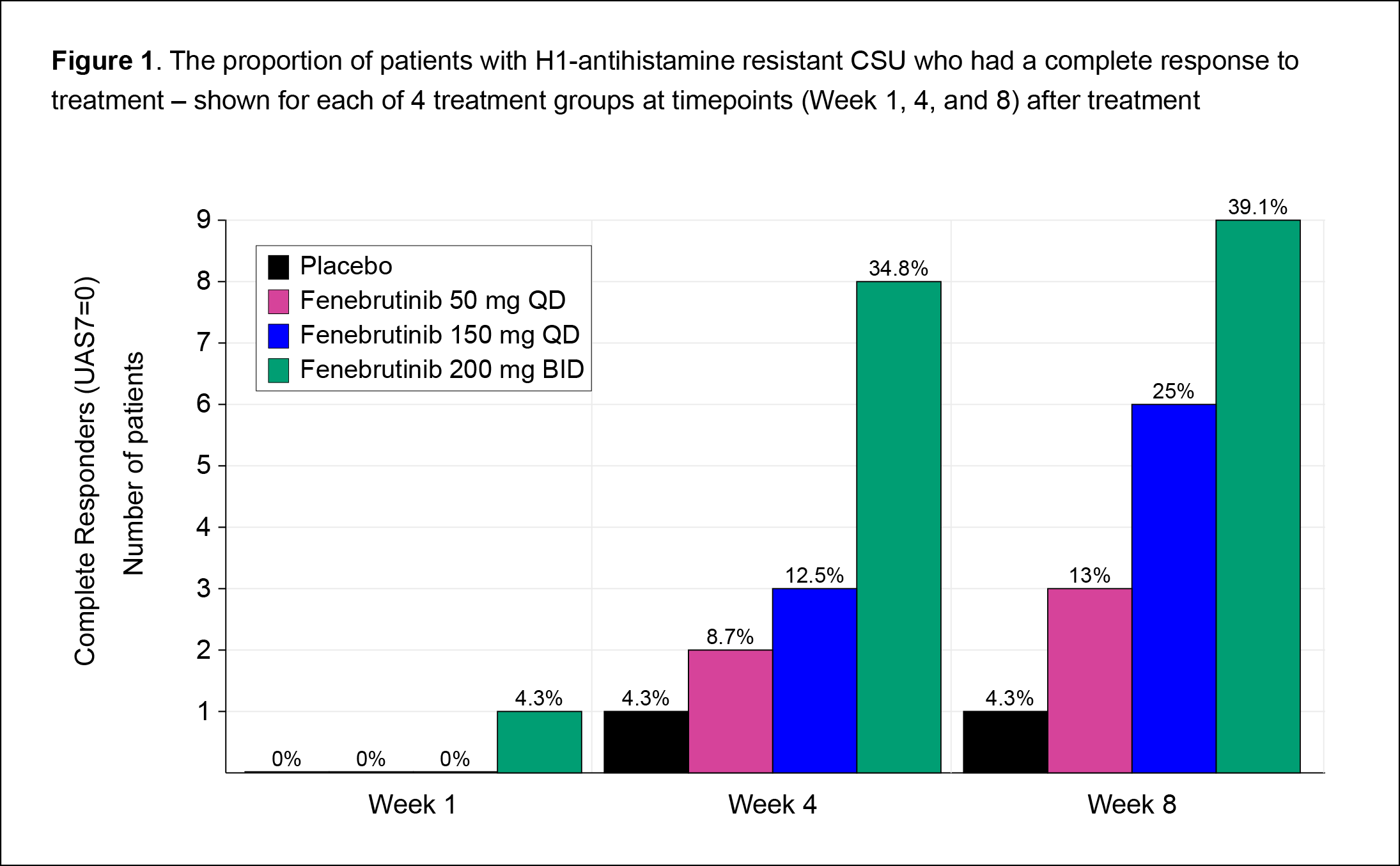 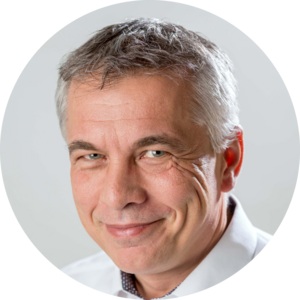