Using state-of-the-art methods, we have successfully built a deep learning model that uses rich and diverse data for individualised survival prediction in critically ill patients.
Hans-Christian Thorsen-Meyer and Benjamin Skov Kaas-Hansen
2 contributors
Like Liked by Sorrel Bunting and 3 others
0

Critical care at intensive care units (ICU) spawn loads of detailed phenotypic data, and the pathophysiological status of patients may (and sometimes does) change quickly. This mix of vast data and clinical dynamicity requires swift yet well-informed decisions, often on the basis of overwhelming amounts of information.

Over the past 40 years, many ICU prognostic scores have emerged to facilitate bedside assessment of disease severity and mortality risk.1–4 Most scores in use in clinical settings, however, are based on simple regression methods with few routinely measured variables. Many models, further, provide only one-off static scores that fail to leverage and integrate prior disease history and the rich longitudinal data produced (and collected) as a by-product of critical care. Thus, prognostic models of the future should natively handle this multiverse of ICU data:

Hitherto, most severity scores have used static outcomes such as mortality risk (e.g. before discharge from the ICU or within 90 days).5 Such outcomes turn a continuous outcome into whether the patient is likely to pass away before or after an arbitrary date, yielding neat but problematic binary classification problems.6 Modelling the survival profile directly, on the other hand, may resolve these shortcomings. Particularly, the full survival profile is often of greater clinical interest than when using arbitrary thresholds for patient-level prognostication (but also for organisational planning). Further, the changing nature of the cohort is built into the discrete-time survival model, and model explanation techniques enable quantification and visualisation of the drivers of the predictions at short, mid and long term.

To address these issues, we trained a machine learning model on data from patients admitted to ten Danish ICUs between 2011 and 2018. We used a novel technique for using "all kinds of data" as inputs, by casting all input data (structured and unstructured alike) into text strings, embedding them into a dense representation, and using these dense representations as input in a recurrent neural network with a multi-label output layer representing the chance of survival for a range of different follow-up time windows. This modular approach has several advantages: feature engineering and data pre-processing efforts are substantially minimised, the model learns important trends by itself, and very different data types natively flow into the model as inputs.

The deep learning models outperformed traditional Cox proportional-hazard models with concordance index in the ranges 0.72-0.73, 0.71-0.72, 0.71, and 0.69-0.70, for models applied at baseline and 24, 48, and 72 hours after ICU admission, respectively. Calibration was best for doorstep models; the tendency of predictions in the mid-range time points to be slightly pessimistic is likely amenable to recalibration with prospective data. Not surprisingly, age at admission was a key driver throughout.

Behind the paper: Study in fruit flies identifies SARS-CoV-2 protein that causes heart pathology, its mechanism and treatment

Behind the paper: Case Growth Analysis to Inform Local Response to COVID-19 Epidemic in a Diverse U.S Community 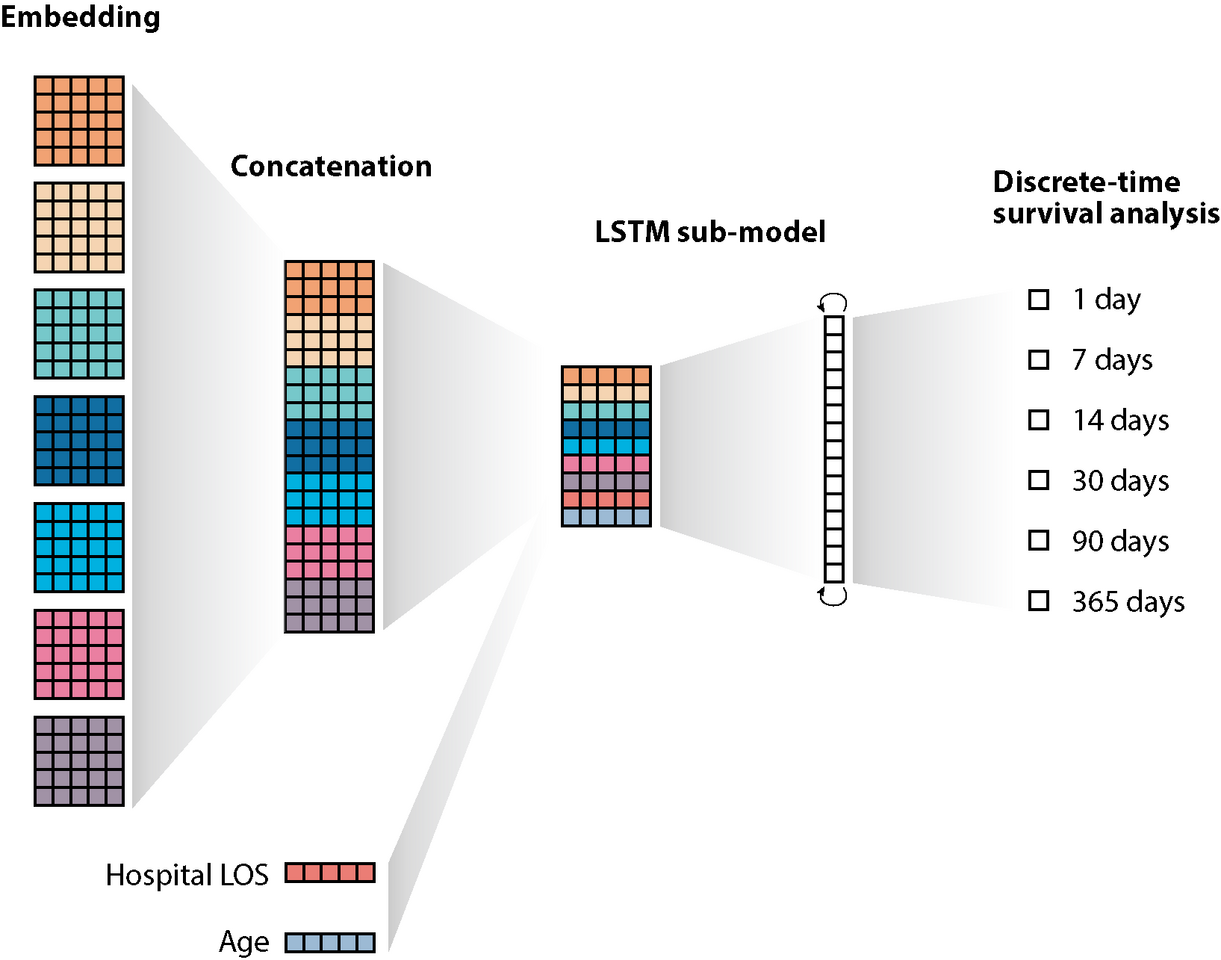