Several placenta-related pregnancy disorders differ by fetal sex. The underlying mechanisms which explain these sex differences are unclear. In this paper, we showed that one of the genes escaping X chromosome inactivation contributes to the female sex bias in placental function.
Irving Aye
Group Leader, University of Cambridge
Follow
Like Liked by Evelina Satkevic
0

Understanding the biological basis for sex differences has intrigued people for millennia. In ancient Egypt a pregnant woman would urinate on wheat and barley seeds1; if barley grew, it was a boy; if wheat grew, it was a girl. This test was correct 50% of the time.

Joseph Clarke, a physician in Dublin noted in his 1786 publication2 “..that the mortality of males exceeds that of females in almost all the stages of life, and particularly in the earliest stages… Male foetus’s requiring more nutrition than female foetus’s because larger, and being also for this reason more liable to injury in delivery, are brought into the world less perfect..”

In addition to birth weight and mortality, evidence generally supports the idea that pregnancies carrying a male fetus are at a higher risk of pregnancy disorders. The growth and development of the human fetus is dependent on a healthy placenta, an organ whose development precedes that of the embryo proper. The placenta is a unique but temporal organ which simultaneously takes on the role of lungs, liver, and kidney during the early stages of development when the fetal organs are maturing. Studying the placenta is important as dysfunction of the organ is the cause of a substantial proportion of the global burden of disease, both directly through pregnancy complications and indirectly as a determinant of vulnerability to cardio-metabolic disease, through a process called developmental origins of health and disease3.

Sex hormones and chromosomes are largely believed to be the drivers of sexual dimorphism in many aspects of fetal and placental physiology. Placental sex differences have been reported as early as 10 weeks of gestation, suggesting that factors other than hormones produced by male and female gonads may be involved.

Males have XY chromosomes and females XX. The Y chromosome is gene-poor, with about 55 protein-coding genes. Most of these genes are involved in male reproduction and currently are not believed to play a significant role in placental function. The X chromosome is considerably larger than the Y chromosome and contains about 900 protein-coding genes. Given that females contain two X chromosomes while males only have one, X-chromosome inactivation (XCI) occurs on one of the two X chromosomes in females to neutralise this large difference in gene dosage. However, XCI is an imperfect process and at least 23% of X-linked genes escape inactivation resulting in higher expression in females than males4.

Our previous work showed that the sex differences in the human placental transcriptome are largely driven by female-biased expression of X-linked genes suggesting that XCI escape may play an important role in placental sex differences5. In this study, we focused on one XCI escape gene called Spermine Synthase (SMS), which encodes an enzyme involved in polyamine metabolism.

Polyamines are essential metabolites found in all organisms that have been implicated in diverse biological functions. Despite these reports, a complete mechanistic understanding of how polyamines function is missing. By using a series of omics-based approaches (transcriptomics, metabolomics and epigenomics) we showed that polyamine depletion in placental cells led to profound changes in gene expression that were associated with decreased global histone acetylation. Interestingly, polyamine depletion suppressed energy metabolism resulting in decreased acetyl-coA availability – the key substrate required for histone acetylation. Importantly, all these processes were disproportionately affected in male placental cells because the higher expression of SMS in female placental cells (due to XCI escape) buffered the effects of polyamine depletion. While preparing this manuscript for submission, I was pleased to see a paper published in Cell6 (the same week we submitted our paper) showing that polyamines regulate T cell differentiation through metabolic regulation of histone acetylation, suggesting that this mechanism is highly relevant to other cell types.

The wide-ranging biological effects attributed to polyamines may be explained by their effects on histone modifications. Given that the histone landscape differs in different cell types, altering polyamine levels may lead to diverse consequences. More broadly, this study demonstrates that XCI escapees can have profound functional consequences on placental function which may play an important role in protecting (or predisposing) the fetus against pregnancy complications.

In concluding, I reflect on Joseph Clarke’s words I quoted earlier that “male fetuses… are brought into this world less perfect”. However, it is not so much the fact that male fetuses are less perfect that predisposes them to adverse outcomes, but rather the imperfections of XCI which affords female fetuses greater flexibility to deal with the stresses of pregnancy. 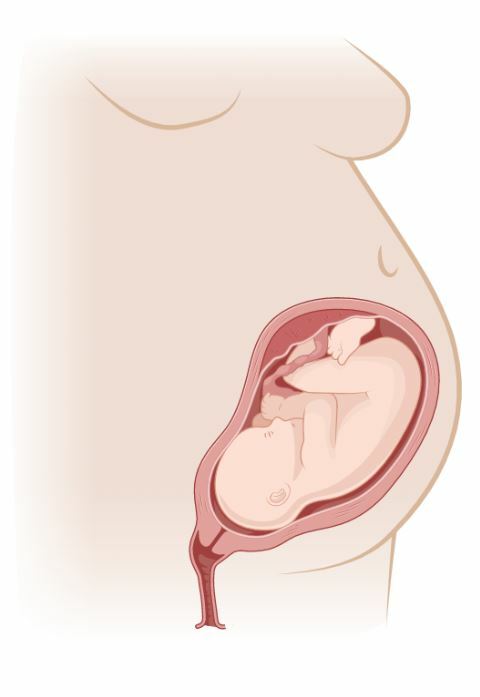 Several placenta-related pregnancy disorders differ by fetal sex. The underlying mechanisms which explain these sex differences are unclear. In this paper, we showed that one of the genes escaping X chromosome inactivation contributes to the female sex bias in placental function.