We investigated the influence of two core clock genes on the propensity to consume alcohol in mice. We found that Bmal1 influences alcohol drinking behaviour in a sexually dimorphic manner. This mechanism seems to be mediated by Per2 in male mice, whereas it appears independent of Per2 in females.

Circadian rhythms are behavioural and physiological processes that display 24h rhythms and are controlled by circadian pacemakers. In mammals, the master circadian pacemaker is located in the suprachiasmatic nucleus (SCN) of the hypothalamus. Peripheral clocks are found in other organs and tissues throughout the organism. This complex network depends on a transcriptional-translational feedback loop of a highly controlled system of gene expression. Bmal1 is a circadian clock gene that plays an obligatory role in the generation of circadian rhythms in the SCN, and it is widely expressed in the mammalian brain1. It has also been suggested the involvement of Bmal1 in a variety of tissue-specific functions, including sleep architecture2 and cognitive and mood-related behaviours3,4. Over the past years, gene association studies in humans and animals suggest that Bmal1 may influence the propensity to consume alcohol5. Polymorphisms in Bmal1 may confer risk for alcohol dependence and related disorders6. However, a causal role of Bmal1 and neural pathways through which it may influence alcohol intake have not yet been established. The striatum is of particular interest because it is involved in ethanol drinking and the site of ethanol neuroadaptations7,8. Interestingly, striatal function and morphology are sexually dimorphic and affected by components of the circadian clock.

In our paper, Bmal1 in the striatum influences alcohol intake in a sexually dimorphic manner, we examine voluntary alcohol drinking in male and female mice that lack Bmal1 exclusively in the striatum. Using the Cre/loxP system, we created a conditional knockout mouse that lacks Bmal1 or Per2 exclusively in the striatal medium spiny neurons of the striatum (MSNs), which constitute approximately 95% of striatal neurons. We show that Bmal1 striatal knockout males consumed 33 % more alcohol and exhibited 36 % greater alcohol preference. Contrary to males, Bmal1 striatal knockout females consumed 22 % less alcohol than control females and showed 15 % lower alcohol preferences.

We also provide evidence that the effects of striatal deletion of Bmal1 or Per2 from MSNs on alcohol intake and preference are specific and not the result of a global impact on the general reward processing, changes in caloric needs, or disrupted circadian behavioural rhythms.

Collectively, this work reveals that Bmal1 in MSNs exerts a sexually dimorphic influence on alcohol drinking behaviour – repressing preference and intake in males and promoting high preference and intake in females – which may contribute to sex differences in the propensity to consume alcohol in mice. This mechanism seems to be mediated by Per2 in male mice, whereas it appears to be independent of Per2 in females. 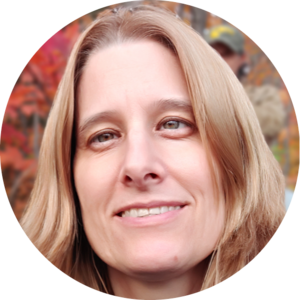 We performed a GWAS for lung function with adjustment for exhaled nitric oxide (FeNO) levels to account for type 2 airway inflammation. Our study identified the genetic locus most strongly associated with airway obstruction in the Japanese population and new genetic loci associated with FeNO.