The emergence of neutralizing antibodies limits success of mycobacteriophage therapy

Mycobacterium abscessus infections present a major challenge to antibiotic therapy. Bacteriophages have a potential role to play in treatment of these infections, but neutralizing antibody reactions can limit the efficacy of the phages when administered intravenously.

+1
Graham Hatfull and 1 other See all
Professor, University of Pittsburgh
Follow 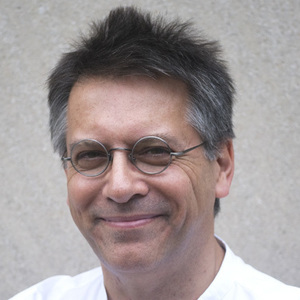 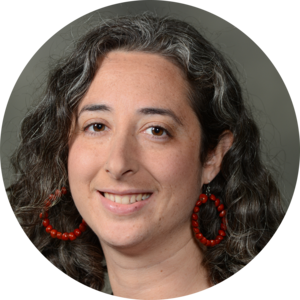 Mycobacterium abscessus, a rapidly growing nontuberculous mycobacteria, has been deemed an “antibiotic nightmare”1.  Even with prolonged treatment courses of multidrug antibiotic therapies, treatment outcomes are often poor2,3, thus identifying novel and effective treatment strategies is a significant unmet need.  Phage therapy, in which viruses that infect bacteria are deployed to prey on pathogenic bacteria, holds significant potential as a novel treatment approach, although much remains to be refined.  In our recent paper published in Nature Medicine (https://www.nature.com/articles/s41591-021-01403-9), we investigated the use of an intravenous mycobacteriophage cocktail to treat refractory M. abscessus lung disease in an elderly man with non-cystic fibrosis bronchiectasis.

Scientific interactions matter. At the very kind invitation of a colleague at Johns Hopkins University (JHU), Dr. Gyanu Lamichhane, one of us (GH) was invited to give a seminar at JHU on September 30th, 2019. The seminar topic was on the bacteriophages of mycobacteria, including the first therapeutic use in the 15-year old patient in London4. KC attended the seminar, and we met for discussions and dinner later in the day. The connections were critical as they prompted consideration of phage use in an additional case study. KC, a pulmonologist, had been caring for an elderly patient with a refractory M. abscessus lung disease with few if any viable therapeutic options. Phages had the potential to provide much needed relief.

A patient in need.  An elderly man with non-cystic fibrosis bronchiectasis and refractory NTM lung disease due to co-infection with both M. abscessus and M. avium complex (MAC) was identified as a potential candidate for phage therapy on the basis of poor clinical response to traditional multidrug antibiotic therapy. Despite years of multidrug therapy, his lungs contained a persistently high burden of mycobacteria.  In addition to lack of antibiotic efficacy, during the prior five years he had experienced many antibiotic-related side effects and adverse events, including hearing loss, disequilibrium, anorexia, and prolonged QTc, which limited the use of multiple drugs and drug classes for his infections. In the setting of continued declining physical health despite aggressive treatment, he had been referred to palliative care for symptom-based management.  However, both he and his family remained hopeful for a cure.

Identifying a phage cocktail. Following discussions, clinical isolates of his mycobacterial species were sent to the Hatfull Laboratory in Pittsburgh for phage susceptibility screening.  As phage infection profiles vary substantially among M. abscessus clinical isolates5, there was no guarantee of success. By chance the M. abscessus massiliense strain was susceptible to the same three phages used in the London patient.  Regulatory permissions for compassionate use were obtained through an Investigational New Drug (IND) application to the Food and Drug Administration, local Institutional Review Board approval, and a Material Transfer Agreement. A purified three-phage cocktail was prepared and sent to JHU. Due to the presence of a large right upper lobe cavity, an intravenous route was selected, and phage administration was administered twice daily at the same dosage used previously.4  Phage administration began in mid 2020 despite the logistical challenges presented by the COVID-19 pandemic.

Results of mycobacteriophage therapy.  While there were no adverse events during mycobacteriophage therapy, microbiologic efficacy was only transient. One month after initiating intravenous phage therapy, his quantitative M. abscessus counts decreased by 1.2 log CFU per mL sputum (Fig. 1). However, in the subsequent five months, his M. abscessus counts rebounded. In exploring the etiology of these rising mycobacterial counts, we identified a strong anti-phage IgM and IgG neutralizing antibody response that temporally emerged in concert with M. abscessus treatment failure (Fig. 2). Ultimately, due to lack of efficacy intravenous phage therapy was discontinued after six months.

Why did these two patients have different clinical outcomes with the same regimen of intravenous phages for M. abscessus?  While there are multiple differences between this patient and the London CF patient4 the most notable difference is the host immune status. While this elderly man was not prescribed any immunosuppressing medications, the 15-year old CF patient had undergone a double lung transplant, and was prescribed an immunosuppressing regimen of drugs to prevent allograft rejection. While we hesitate to overinterpret data from these two unique cases, we suspect that the anti-rejection immunosuppressing medicines may have prevented or delayed the development of an anti-phage immune response, allowing for successful microbiologic control of M. abscessus in this first patient.

Lessons for the future therapeutic use of mycobacteriophage. Strategies that prevent or avert deleterious immune interference may be required for durable phage efficacy against future M. abscessus infections.  For chronic pulmonary infections, intravenous phage administration may be more immunogenic than delivery by nebulization. Other potential immune evading strategies include administering different phages in sequence rather than as a multi-phage cocktail. On the other end of the spectrum, in certain cases, immunosuppressing medications could be employed to prevent an immune response toward phage. Identifying the correct immune balance that allows for prolonged clinical efficacy of phage and maximizes antimicrobial control will be important. And all was not lost for this current patient. Recently phage therapy has been transitioned from intravenous to aerosolized delivery, and the patient is currently being monitored for safety and efficacy of this new regimen.

The bottom line. Use of an intravenous mycobacteriophage cocktail in an immunocompetent patient with refractory M. abscessus lung disease resulted in only transient antimicrobial efficacy due to the emergence of an anti-phage neutralizing antibody response. Our study highlights both the promise and pitfalls of intravenous phage therapy for challenging mycobacterial lung infections.

Back to Behind the paper
Next

Leveraging Artificial Intelligence for the Next Pandemic

Hospitals only know how much a patient costs once they’ve gone home, making it difficult to plan spending efficiently, but predictive algorithms could help estimate costs early for inpatients.