Sexual dimorphisms are responsible for profound metabolic differences in health and behavior. Our study revealed that UVB exposure enhances food-seeking behavior in males via ghrelin and a process that is prevented in females.
Shivang Parikh
Ph.D. Student, Tel Aviv University
Follow
Like Liked by Evelina Satkevic

Ultraviolet exposure on the skin promotes food intake and body weight gain in males, but not females, by increasing ghrelin expression in skin adipocytes.

The story behind the journey

This is a story about how scientific results can unexpectedly lead you into a new field and a story about the power of the scientific community. When I joined the lab of Professor Carmit Levy at Tel Aviv University in 2015 to pursue my Ph.D., I began working with a senior Ph.D. student who had developed a mathematical model of skin response to UV1. To our surprise, we found that low levels of UV exposure had effects not only on the skin but also on internal organs such as lymph nodes and fat. This systemic effect of these low doses of UV on the mice was unexpected but intriguing. Our lab is an expert in the use of molecular genetics tools, and we focus on skin cancer – melanoma. That we had observed a systemic effect meant that we needed to incorporate new expertise into our research in order to pursue the broad physiological question of how UV influences internal systems. Thus, I embarked on an exciting, challenging, and fulfilling adventure that showed me how science can be pushed further by the collaborative atmosphere of the scientific community.

Our studies led us to collaborate with experts in behavioral biology to study appetite, with dermatologists to study the systemic effects of phototherapy on human patients, with human behavioral experts and psychologists who helped with human questionaries, and with an epidemiologist who provided us with data on seasonal calorie consumption of a large human cohort, with plastic surgeons provided ex-vivo human skin that allowed the molecular dissection of skin response to UV, with mouse genetics to establish the p53 manipulated mouse model, and with endocrinologists helped with the hormonal profiling of human and mice upon UV exposure. All these scientists contributed essential pieces of data that allowed us to study how UV influences the systemic system by acting on the skin. Our research showed that UV exposure increases male appetite and food intake due to ghrelin production and secretion from skin adipocytes. p53 induces ghrelin production, a process that is prevented in females due to the presence of estrogen.

Importance and vision of the gender medicine in research

When I planned my mouse behavioral experiment, I asked my mentor if I should order female or male mice, and she replied that I should get both since there was no good reason for choosing one gender over the other and no direct evidence of sex-dependent responses to UV exposure. Had I performed experiments only in male or only female mice, we would have missed a very striking result, as indeed there is a sex-dependent response to UV exposure. This sex dependence was demonstrated in human cohort epidemiology, human questionaries, human hormonal blood, three mouse behavioral models, ex vivo human and mouse skin models, and via molecular and genetic analyses.

Interestingly, in melanoma, the most aggressive type of skin cancer, men have a significantly higher mutational load than do women, whereas, in all other cancers, the mutational load is similar between the sexes 2. These sex-related disparities may be due to hormonal, metabolic, or immune system differences between men and women. We hypothesize that differences in mutational burdens strongly indicate that men and women respond differently to UV exposure. Our data support this hypothesis, but a comparative clinical study has not been conducted.

Since 1993, U.S. Food and Drug Administration and National Institutes of Health (NIH) has directed that potential sex differences be addressed by using both male and female experimental models (tissues and subjects) in clinical trials and research3. Sex-specific studies provide a critical approach that allow us to understand how physiologies and diseases differ between men and women in terms of phenotype, diagnosis, therapeutic approaches, prognosis, psychological, and social impacts4. Our study, which demonstrated the systemic sex-specific effect of UV, sets the stage for future studies that we expect will pave and guide the path for future sex-specific therapeutic approaches for skin cancer. 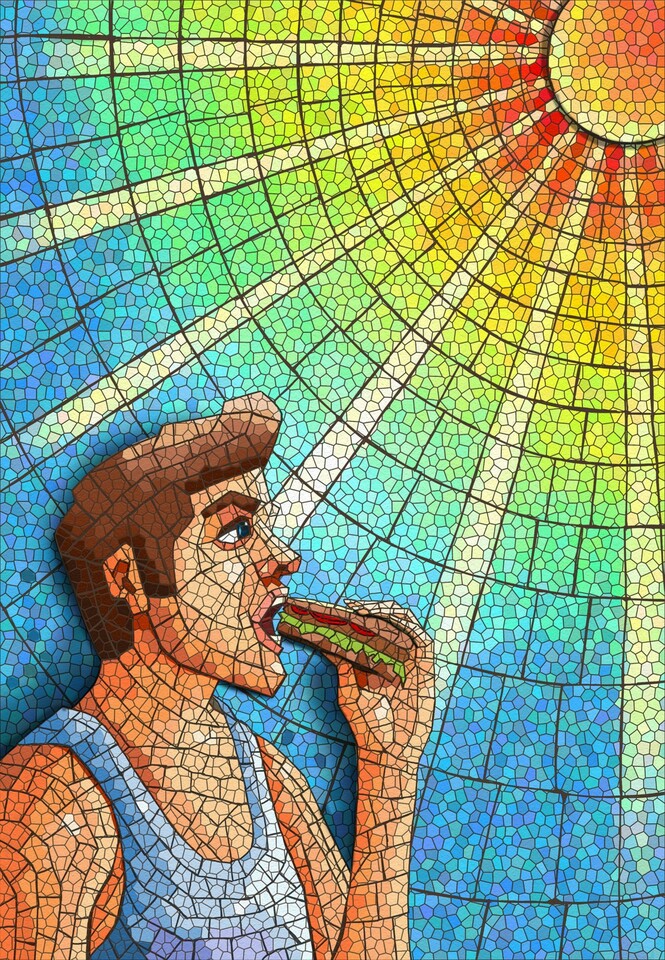 Sexual dimorphisms are responsible for profound metabolic differences in health and behavior. Our study revealed that UVB exposure enhances food-seeking behavior in males via ghrelin and a process that is prevented in females.