Quiescent cells such as oocytes and adult stems cells play many important roles in development, wound repair, and cancer recurrence. This study shows metabolic shifts in quiescent cells can induce the reprogramming progeny metabolism in reproduction and models of chemotherapy resistance.

Our lab’s work in this area is based on was initially based on observations that showed maternal diet could impact the levels of store glycogen and triglyceride in progeny. Interestingly, we found that certain mutations in metabolic genes, such as Hr96, suppressed the effect that altered maternal diet has on progeny metabolism.

Our previous work has shown that germline mitochondrial metabolism is regulated by maternal diet. This led us to that hypothesize that alterations in germ cell metabolism may drive some of these heritable effects on progeny metabolism and forms the basis for our publication Hocaoglu et al Nature Metabolism 2021. When we examined metabolism during normal oocyte development and found that as follicles transition into the dormant state of cellular quiescence mitochondrial function is suppressed in a process we call mitochondrial respiratory quiescence (MRQ). During MRQ several pathways that maintain NAD/NADH redox homeostasis are inactivated and oocyte acquire a unique composition of redox metabolites. Interestingly, inhibition of insulin signaling in germ cells causes MRQ to occur prematurely in oocyte development and these eggs display reduced levels of NAD+. Moreover, the resulting progeny produced by these females display a reprogramming of progeny metabolism that leads to elevated mitochondria activity and life-long changes in triglyceride and carbohydrate levels. Interestingly these transgenerational phenotypes could be rescued by feeding mothers NAD+ precursors which shows that oocyte NAD+ levels drive the reprogramming of progeny metabolism.

We found that depletion of NAD+ in oocytes causes reduced methionine cycle activity and compromised levels of the universal methyl-donor S-adenosyl methionine (SAM) in the early embryo. We found that these lower levels of SAM correspond with a global reduction of H3K27-me3 in embryos. Intriguingly, H3K27-me3 levels were not changed mature oocytes indicating that early embryogenesis is the key window in development where progeny metabolism is reprogrammed. Moreover, these data show that altered levels of redox metabolites during oogenesis (NAD+)and embryogenesis (SAM) function as heritable factors that are inducing the reprogramming of progeny metabolism.

Using transcriptomics and ChIP sequencing studies we discovered that genes involved with calcium signaling and intestinal metabolism were precociously de-repressed in reprogrammed progeny. In addition we found that mutating, the key regulator of intestinal lipid metabolism, Hr96, in reprogrammed of progeny metabolism suppressed the life-long changes in triglyceride and carbohydrate storage we observed in these animals. Taken together these data indicate that intestinal metabolism is a key factor in the transgenerational phenotypes caused by maternal metabolic stress.

Given that these transgenerational effects we observed were caused by disrupting that metabolic state of quiescent oocytes we hypothesized that other systems impacted by quiescent cells may also display similar reprogramming events in their cellular descendants. Interestingly, cancer cells enter quiescence, in response to stress, and this dormant state protects them from the effects of chemotherapy agents such as 5-FU, cisplatin, and doxorubicin. Using this system we treated breast cancer cell lines with chemotherapy agents, which killed of the dividing cancer cells and spared the quiescent cancer stem cells. We then removed the chemotherapy agents and allowed the resulting quiescent cancer cells to activate and regrow to confluence. We found that these cells displayed remarkably  similar alterations in mitochondrial metabolism and a reduction in methionine cycle intermediates, including SAM, to what we observed in Drosophila progeny. When we examined the direct human orthologs of the calcium signaling genes we observed de-repressed in reprogrammed progeny in Drosophila we found very similar reductions in H3K27-me3. Moreover, when examined genes known to be expressed in mature breast tissue, as well as the tumor suppressors BRCA1 and BRCA2, we found these genes were prematurely de-repressed suggesting that these cells may be in a more differentiated state. Consistent with this idea these recurrent breast cancer cells display a dramatic reduction in tumor growth in xenograft mouse models.

Back to Nature Metabolism
Next 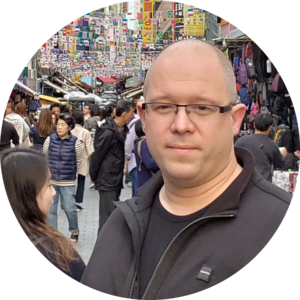