We investigated the role of Prenylcysteine oxidase 1 (PCYOX1), an enzyme implicated in the catabolism of prenylated cysteine, in human and murine atherosclerosis, and we found that loss of PCYOX1 is anti-atherogenic. Therefore, understanding its biology and functions can potentially provide significant therapeutic opportunities in addressing atherosclerosis. 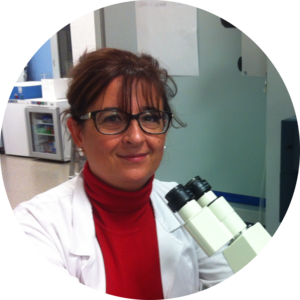 The changing paradigm in atherosclerosis.

Atherosclerotic cardiovascular disease (CVD) remains a leading cause of vascular disease worldwide and a public health challenge. Even with access to the highest technology and most recently available secondary prevention therapies, the burden of recurrent cardiovascular events remains unacceptable, despite optimal treatment with contemporary intervention and pharmacologic agents. The research has continued to provide new insights into the pathophysiology of atherosclerosis and the mechanisms of its clinical complications. These advances have considerably increased our understanding of the complexity of atherosclerosis, allowing the development of new therapeutic approaches to combat CVDs, but still many questions remain unanswered.

In the field of lipids, for example, albeit there is solid experimental evidence that low-density lipoprotein (LDL) particles are atherogenic, the exact mechanisms by which they drive the atherosclerotic process from beginning to end remains unsettled. Moreover, although many decades of research have supported the concept that oxidized LDL particles can promote atherogenesis, the “oxidative theory of atherosclerosis” has not yielded an actionable therapy. Recent proteomic studies have made an important contribution to this issue, revealing a previously unappreciated complexity of plasma lipoproteins.

What did we find out?

Using a proteomic approach we found, in human lipoproteins, the presence of prenylcysteine oxidase (PCYOX1), a protein whose biological functions, since its discovery in 1997, have been exclusively restricted to the metabolism of prenylated proteins. Basically, PCYOX1 was described as a Flavin adenine dinucleotide (FAD)-dependent thioether oxidase that generates a stoichiometric amount of hydrogen peroxide (H2O2). Indeed, we showed that PCYOX1 bound to the apoB100-containing lipoproteins can generate H2O2 in vitro. The incubation of human lipoproteins with the PCYOX1 substrate, farnesylcysteine (FC), results in a progressive generation of H2O2 due to the enzyme activity, which is more marked with very low-density lipoprotein (VLDL) than with LDL or HDL, reflecting the different PCYOX1 content in the lipoprotein classes.

We also provided evidence that the pro-oxidant enzyme PCYOX1, in the human atherosclerotic lesions, is both synthesized locally and transported within the subintimal space by proatherogenic lipoproteins accumulating in the arterial wall during atherogenesis. Further, Pcyox1 deficiency in Apoe-/- mice retards atheroprogression, is associated with decreased features of lesion vulnerability and lower levels of lipid peroxidation, reduces plasma lipid levels and inflammation. PCYOX1 silencing in vitro affects the cellular proteome by influencing multiple functions related to inflammation, oxidative stress, and platelet adhesion.

Collectively, these findings highlight the power and fascination of proteomics science, which allows to shift paradigms providing novel and unpredictable insights into the physiopathology of the disease. In this case, proteomics led to the identification of the pro-oxidant enzyme PCYOX1 as an emerging player in atherogenesis. We are confident that our data and a more in-depth understanding of the biology and mechanisms of this unique enzyme are likely to provide additional therapeutic opportunities in addressing atherosclerosis.