50% reduction in mRNA for an essential mitochondrial complex I subunit does not impact aging in mice.
Gregory McElroy
Student, Northwestern University
Follow
Like Liked by Evelina Satkevic

The exact relationship and direction of causality among aging, gene expression, and mitochondrial function remains, however, incompletely understood. From invertebrates to humans, mutations in components of the electron transport chain typically result in early mortality and a constellation of sequelae known as mitochondrial diseases. While mitochondrial disease is associated with diverse tissue pathology and mortality, these diseases do not typically resemble an early or accelerated aging phenotype. Surprisingly, data from invertebrates suggests that sometimes knockdown of mitochondrial genes paradoxically result in life extension, which challenged the dogma that mitochondrial declines are causative for aging phenotypes. Furthermore, interventions that induce a mild decrease in mitochondrial function may result in a beneficial stress response that may increase health. Metformin, for example, is a putative complex I inhibitor that is being investigated as a healthspan-extending medication in humans. Finally, classic biochemistry experiments suggest that normally the cellular OXPHOS machinery is far in excess of what would be required for normal ATP generation, which further complicates the ability to draw a direct causal line between mitochondrial gene expression, electron transport chain function, and health.

In our recent study published in Scientific Reports, we describe a mouse model that has a deletion of one allele of the essential mitochondrial complex I subunit Ndufs2. These mice begin life with approximately 50% of the normal level of Ndufs2 mRNA. We were interested to see whether this very mild insult would result in either an improvement or worsening of their aging phenotypes. Our data suggest that with aging, these mice remain remarkably normal, and are nearly indistinguishable from their wild-type littermates. Measurement of maximal enzymatic complex I function in several tissues in these mice did not reveal a significant difference. Therefore, our data suggests that transcriptomic studies that observe a mild decline in mitochondrial transcript should be interpreted with caution as they may not represent a significant decline in mitochondrial function past a threshold to impact cellular function or model aging phenotypes.

Perhaps there are thresholds of mitochondrial expression and mitochondrial function, in which a small decrease may have no consequence, a slightly more significant decrease could actually be beneficial, while a severe decrease will become pathological. Exactly what these thresholds are may change based on the tissue and metabolic context, which further complicates the picture, and makes our understanding of this relationship challenging. Understanding whether and how mitochondrial expression and function play a causal role in aging remains an important goal for the field.

The perks of being a librarian 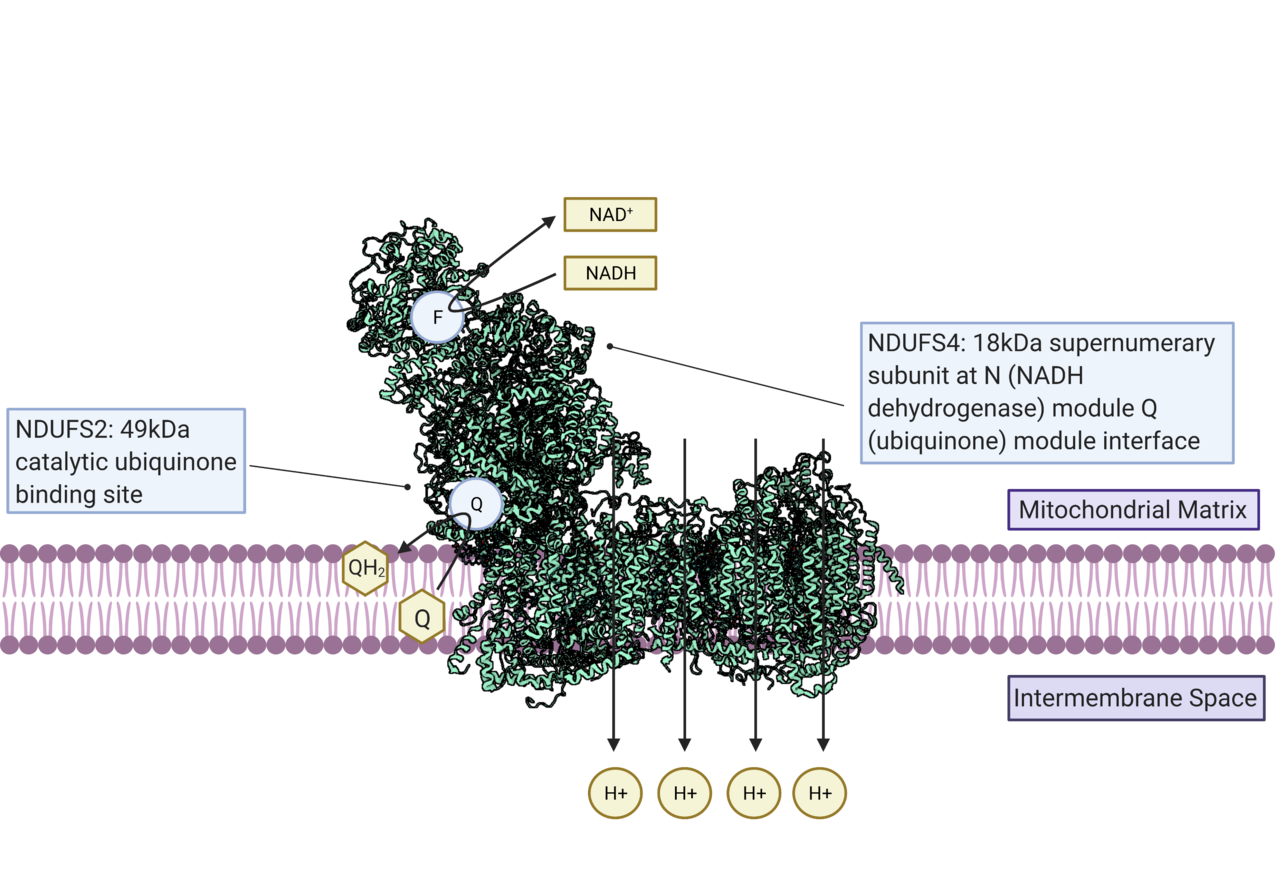 50% reduction in mRNA for an essential mitochondrial complex I subunit does not impact aging in mice.