Regulatory T cells are currently being trialled as cellular therapy for the treatment of autoimmunity and transplantation. Here we investigate the mechanism behind their increased efficacy after in vitro therapeutic expansion….

Our immune system is uniquely balanced to eliminate infections and cancerous cells, whilst ensuring that damage to our own healthy tissues and organs is limited. When this balancing act fails, chaos can ensue. Too little immunity can allow uncontrolled infections or malignancies to develop, whilst overzealous immune responses can damage our own bodies in a process called autoimmunity. Until recently, treatments for autoimmunity and cancers have involved pharmaceutical intervention using broad range cytotoxic reagents that eradicate the unregulated immune cells or cancer cells, but that also carry many unwanted side effects (e.g. hair loss, increased risk of infections, loss of bone density).

Recently, exciting and more targeted approaches aim to help regain control using our body's own natural mechanisms to fight disease. Immunotherapy, which involves promoting immune cells to target and kill cancerous cells, has proven highly successful in the treatment of many cancers, and pharmaceutical alternatives for the treatment of autoimmune conditions, via the use of regulatory T cell therapy, are currently under investigation.

Regulatory T cells (Tregs) are a naturally occurring and specialist subset of T lymphocytes (T cells) that are trained to recognise and prevent autoimmune responses, by suppressing the action of inflammatory (effector) immune cells. Insufficient or ineffective Tregs are associated with autoimmunity but restoring them via adoptive transfer is offering hope for the treatment of autoimmune conditions. During transplantation, when the “foreign” transplanted organ (or graft) is at risk of being attacked by the host immune system, the use of Tregs has also shown promise in controlling graft rejection1.

Because Tregs only exist in very small numbers in the blood, and large numbers are required for effective treatment, a period of expansion “in vitro” is first required before using them as cellular immunotherapy. During this process the “expanded” Tregs gain enhanced function compared to their circulating precursors, but until now it has been unclear why. In this study we investigated the properties of therapeutically expanded Tregs and compared them with circulating Tregs to identify the mechanism(s) behind their improved efficacy.

We initially discovered that during the expansion process expanded Tregs gained a protein called CD73 at the cell surface, previously not thought to be a feature of human Tregs. CD73 works together with another protein called CD39, co-expressed by Tregs, to convert extracellular ATP (a by-product of cellular respiration) into adenosine. Adenosine in turn is an immunosuppressive molecule that binds to the effector immune cells driving autoimmunity and transplant rejection, inhibiting their activity and adding to the Tregs’ armoury. This enhanced and natural way of suppressing our immune system is a key advantage in using these expanded Tregs for therapy.

Next, we compared the gene transcriptome of circulating vs. expanded Tregs and identified key changes in the metabolic pathways used by expanding Tregs, predominantly those that support biosynthesis (the energy-demanding process of making new cells and proteins), including lipid biosynthesis (necessary for building new cellular membranes) and glycolysis (that provides energy for rapidly dividing cells). We confirmed this “metabolic switch" by measuring the change in Oxygen consumption rate (OCR, an indicator of oxidative phosphorylation) and extracellular acidification rate (ECAR, an indicator of glycolysis) of expanding Tregs.

Since CD73 expression increased with each round of Treg expansion, when the cells were glycolytic, we searched for a link between glycolysis and CD73 and found the gene encoding CD73 (called NT5E) is a binding target of the transcription factor hypoxia-induced-factor 1a (HIF1A), which is upregulated in cells undergoing glycolysis 2,3. We therefore wondered whether glycolysis- induced HIF1A was responsible for switching on NT5E and driving CD73 acquisition in expanded Tregs. In non-glycolytic cells HIF1A is constantly degraded in a process called polyubiquitination, controlled by a protein called Von Hippel-Lindau (VHL). We used a reagent to block the action of VHL so that HIF1A could accumulate in ex vivo T cells and this resulted in increased CD73 expression on the ex vivo Tregs, demonstrating that this pathway can indeed be utilised by Tregs to gain CD73. In addition, we were able to demonstrate by Mass Spectrometry that the expanded Tregs could indeed convert ATP to adenosine (whereas circulating Tregs could not). Blocking the adenosine receptor on Teffector cells reduced the enhanced suppressive function of the expanded Tregs, confirming that the gain of CD73 (and subsequent ability to convert extracellular ATP into adenosine) is important for their super-suppressive function.

Our study establishes that changes in metabolism drive the acquisition of molecules on expanded Tregs that explains their increased function. We hope this study will contribute to advances in the Treg therapy field, including the possibility that therapeutically expanded Tregs should be screened for gain of CD73  (and CD39) prior to their use for cellular immunotherapy4. 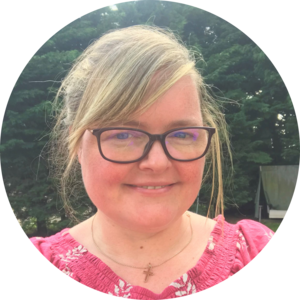