Type 1 diabetes (T1D) has been traditionally recognized as an autoimmune disease, and its molecular immunological mechanisms have been corroborated by the discovery of numerous autoimmune disease genes underlying the genetic susceptibility of T1D(1-3). As we showed in a recent study(4), the genetic risk of T1D can be predicted by genome-wide DNA variants generated using a global polygenic risk scoring (PRS) approach(5). In contrast, Sharp et al. (6) developed a specific genetic risk scoring (GRS) system for T1D, (T1D-GRS2), using 67 single nucleotide polymorphisms (SNPs) from known autoimmune loci associated with T1D, while haplotypic effects and interactions of common human leukocyte antigen (HLA) DR-DQ haplotypes, conferring the primary effects to T1D susceptibility, were also taken into account. In contrast to global PRS scoring using genome-wide DNA markers, T1D-GRS2 uses a small set of T1D genetic markers. Among the 67 SNPs, 35 are from the major T1D susceptibility loci, i.e. the HLA region accounting for about 50% of the genetic susceptibility in European population(1). The other 32 SNPs are from 31 non-HLA T1D susceptibility loci.

T1D is a complex and heterogeneous phenotype. A minor proportion (~5–10%) of Caucasian patients diagnosed as T1D have non-autoimmune pathogenesis, i.e. T1bD(7). Moreover, there are also autoimmune patients (e.g. with islet cell auto-antibodies), but with low risk genotypes of known T1D genes, e.g. protective HLA haplotypes(8). The PRS approach using genome-wide DNA markers represents primarily autoimmune T1D(4), whereas low PRS suggests non-autoimmune mechanisms may be involved. As expected, a number of loci identified in our analysis have been reported of association with obesity related traits by previous GWA studies(4). Our gene-based association study in patients with low PRS identified the Notch ligand Delta-like 1 gene (DLL1)(9), involved in impaired glucose tolerance and reduced insulin secretion(10). In contrast, low GRS may also include autoimmune patients with undetermined genetic mechanisms. Thus, patients with T1D and low GRS may have their disease susceptibility conferred by other unknown genetic loci. Due to these potentially distinct biological mechanisms underlying T1D captured by PRS vs. GRS, respectively, the T1D-GRS2 scoring system provides us a unique opportunity to identify patients with low GRS, and consequently enables us to look into the genetic architecture of this group of patients.

957 T1D patients (474 males and 483 females) were identified with low GRS. The GWAS results of patients with low T1D GRS vs. all non-diabetes controls (n=12,323) (Figure a) were compared with that of all T1D patients vs. all non-diabetes controls (Figure b). As expected, the majority of SNPs showing genome-wide significance in low T1D GRS were also significant in the overall T1D cohort, which is in keeping with our original hypothesis that low GRS cases may also be driven by autoimmune mechanisms. However, the potential undetermined genetic mechanisms of the low T1D GRS patients are highlighted by 82 single nucleotide variants (SNV) from 47 non-HLA genetic loci with genome-wide significance in the low GRS T1D cases only, but not significant in the overall T1D cohort. The minor alleles of 81 out of the 82 SNVs are predisposing, except the SNP rs62425513 at the THEMIS locus. Without exception however, the genetic effects represented by these SNPs in the low GRS T1D cases are all greater than the effects observed in the overall T1D cohort, where each SNP’s OR in the overall T1D cohort fell outside the 95% confidence interval (95% CI) in the low GRS T1D cohort, although 11 SNVs from 8 loci have the two-tailed P values of heterogeneity test>0.05.

This study identified 41 unreported loci associated with low GRS T1D. We identified common genetic variants at two loci related to interferon signaling involved in viral infection and retromer function, respectively. The role of viral infection in low GRS T1D is supported by the common SNPs associated with low GRS T1D inferring considerable effect size (OR~1.32). Two loci reported of association with autoimmune diseases and two loci associated with severe influenza A infection were also identified. Likewise, unreported loci related to pancreatitis, BMI, and obesity were uncovered. 16 of 41 loci have been previously linked to autism or ASD (11, 12) (http://www.hgmd.cf.ac.uk). Accordingly, this study highlights a number of genes that may mediate shared molecular mechanisms of ASD and T1D. From molecular genetics aspect, these rare variants may suggest a possibility of rare syndromic types of disease with clinical characterizations of both ASD and T1D not previously identified. Additional studies are needed to confirm our hypothesis and preliminary results, that patients with both ASD and T1D diagnosis may share common genetic factors. 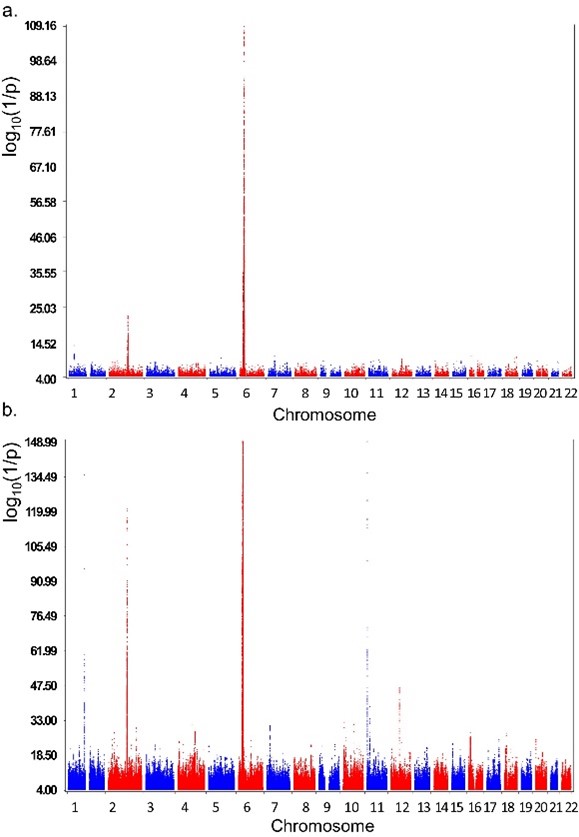 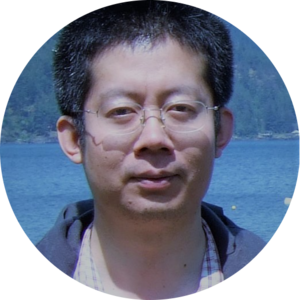