An assessment of all commercially available antibodies targeting the G-protein-coupled receptor (GPCR), glucagon receptor (GCGR) is used to highlight the most reliable antibody in immunostaining, including an antibody-independent verification.

Glucagon is a peptide hormone secreted from pancreatic alpha cells in response to a variety of metabolic signals including glucose, amino acids and lipids. Glucagon agonism and antagonism are pursued as drug agents for metabolic diseases including obesity, fatty liver disease and diabetes. These compounds appear to provide beneficial effects on some clinical important parameters but also induced unwarranted side effects. These side effects may however simply reflect the biology of glucagon. To understand how the biological role of glucagon localization of its cognate receptor, the glucagon receptor (GCGR) is warranted. In the litterature there is a major discrepancies on where the GCGR is expressed which may partly be due to species differences, differences in methodologies and so on.

GCGR antibodies have been used in numerous articles. The GCGR is a G-protein coupled receptor and antibodies against such receptor are notoriusly known to be unspecific.

To provide the community with an evaluation of the currently avaliable GCGR antibodies we carefully performed a varity of experiments using transfection studies of the mouse and human GCGR, using tissue from GCGR KO animals etc.

To our disapointment we found that the majority of the currently avaliable GCGR antibodies are unreiable and may provide false positive or false negativ findings. To extend our findings we also sought to use antibody independent methods including single rna-sequencing and autoradiography. By these means we could identify the GCGR in the liver, kidney (tubuli) and pancreatic islets.

This study confirms that glucagon likely has multiple extra-hepatic effects that we know little about and secondly that GCGR expression should carefully be estimated using both antibody-dependent and independent manners.

Know your reagents must be the motto! 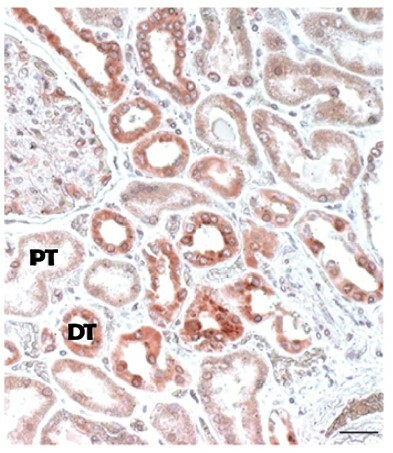