Perceptions on costs and benefits have hampered the broad introduction of backward contact tracing as a standard strategy for COVID-19. Its balance turned out favourable in the first large cohort study on the subject.
Joren Raymenants, Joren Raymenants, Caspar Geenen & Jonathan Thibaut
4 contributors
Like Liked by Evelina Satkevic
0

Contact tracing with quarantine has been crucial to reduce COVID-19 transmission but has not interrupted it. We need more effective tracing strategies for when transmission reduction is (again) necessary.

Most jurisdictions have focused on forward tracing. Forward tracing tries to interrupt transmission from persons infected by an index case. Close contacts are quarantined and/or tested if they last saw the index case during their assumed infectious window: from two days before symptom onset or diagnosis until the interview. Backward contact tracing extends the window further back to also identify the infector of the index case and others infected by them. This approach is particularly promising in COVID-19 as only a small fraction of cases infects most individuals. Longer delays are however inherent in backward tracing. This may reduce efficiency in terms of the number of tests and quarantine days required per avoided transmission.

In a large cohort study, we extended the contact tracing window from the standard 2 days to 7 days before symptom onset or testing. We applied this simple change in protocol to 659 Belgian university students diagnosed with COVID-19 between February and May 2021.

A more targeted version of backward tracing, known as ‘source investigation’, has most often been implemented. This strategy focuses on contacts present at events where the index case was likely infected. We identified such an event in 80.6% of cases. If it could be identified, the risk of infection was around 4 times higher for those who attended (absolute risk 27.5%, CI 21.6-34.2%) than those who didn’t (absolute risk 6.9%, CI 4.6-9.8%). If it couldn’t, the risk of infection for extended window contacts was 17.1% (CI 11.9-23.6%). This validates the efficiency of the source investigation approach. However, it also highlights the need to shift to an extended contact tracing approach when there is no clear source event.

We then investigated whether backward tracing identifies infected contacts later in their infection. We calculated the delay between the diagnosis of an index and symptom onset in their infected contacts. Infected contacts in the extended tracing window were identified on average 1.8 days later than those in the standard window. We then combined this information with a model describing when transmission takes place, relative to symptom onset. We found that the average remaining transmission potential at identification was 28% lower for backward traced contacts.

Only contacts who were students underwent backward iterative tracing, as others were not traced by the university tracing team. To estimate how this strategy had performed if applied to all contacts, we used a simple branching process model. This allowed us to estimate several cost-benefit measures over multiple iterations of tracing. Compared to forward tracing, backward iterative tracing identified 55% more cases and 61% more asymptomatic cases. It averted 38% more infections. In exchange, it required 78% more contacts to be traced, 67% more tests and 40% more quarantine days. The further the tracing window was extended, the lower both the costs and benefits of tracing were.

Our results show that the immediate cost of backward contact tracing can be proportional to the benefits obtained. While we cannot infer the impact on community transmission, modelling studies suggest it can be major.

In conclusion: backward tracing merits consideration whenever contact tracing is required for COVID-19.

Behind the paper: Study in fruit flies identifies SARS-CoV-2 protein that causes heart pathology, its mechanism and treatment

Behind the paper: Case Growth Analysis to Inform Local Response to COVID-19 Epidemic in a Diverse U.S Community

How do I add a video to my blog post?

The Clinical Pipeline - a new column from Nature Medicine 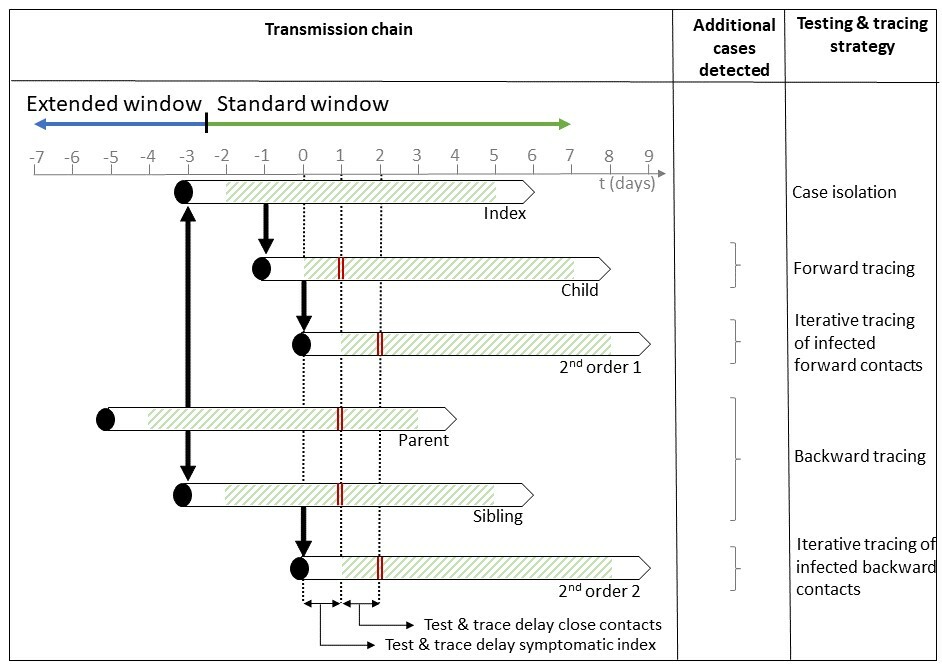 Perceptions on costs and benefits have hampered the broad introduction of backward contact tracing as a standard strategy for COVID-19. Its balance turned out favourable in the first large cohort study on the subject.