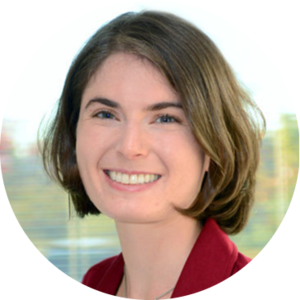 Amyotrophic lateral sclerosis (ALS) is a terminal disease causing progressive loss of motor function, including bulbar function. Early detection and tracking of speech changes arising from bulbar impairment is essential for clinical trials and life planning. Yet the clinical standard for measuring decline, the ALS functional rating scale - Revised (ALSFRS-R), lacks sensitivity to speech impairment [1]. In our study, we showed that through automated analysis of actively-collected speech recordings, we were able to extract interpretable, sensitive, and clinically-relevant speech features that followed disease progression. These speech features differed significantly both between ALS and healthy controls, and also between healthy controls and participants who had ALS but reported no clinical speech impairment.

The data was obtained from ALS at Home, an observational, longitudinal study in which all study data was collected remotely. Participants provided speech using a mobile app, developed by Aural Analytics [2], which led participants through a set of targeted speech tasks, including a sentence reading task. Participants were asked to use the app every day for the first 90 days, and at a lower frequency thereafter. We then used computer algorithms to extract speaking rate, the number of syllables per second, and articulatory precision, a measure of the clarity of speech sounds. Both features are hallmarks of speech impairment in ALS [3,4].

First, we evaluated how these features differed cross-sectionally between healthy controls, all participants with ALS, and participants who had ALS but no bulbar impairment. We found not only that participants with ALS showed slower speaking rate and poorer articulatory precision than the healthy controls, but, importantly, that the ALS sample with normal bulbar function also had significantly lower speaking rate and articulatory precision than healthy controls. Follow-on prospective studies are suggested to investigate pre-clinical speech changes in this population, and evaluate the utility of speech in the diagnosis of ALS.

Second, we evaluated longitudinal disease progression using these speech features in two groups: participants with bulbar onset, where patients’ first symptoms were related to speech, swallowing, and salivation, and in patients with other types of onset, where initial symptoms were related to gross motor function. As expected, articulatory precision and speaking rate declined significantly in the bulbar-onset group; articulatory precision trajectories are illustrated in the figure below. But importantly, both features declined in the non-bulbar onset group as well; the trend in articulatory precision was significant. This provides a proof of concept for remote tracking of bulbar symptoms in ALS, where disease often progresses quickly and clinic visits are difficult.

The ability to track markers of speech impairment in a remote, objective, repeatable way allows for finer outcome tracking in clinical trials, and for better, more efficient patient management in the clinic. As far as we know, this is the first study that shows how speech collected at-home every day can be used to track disease progression; it opens the door to using the same technology in other neurological conditions impacting speech and language production.

Kirstin Aschbacher
Nature Portfolio Health Community
We use cookies to help improve your experience. By continuing to browse our website you are consenting to our use of cookies.
Learn more