Don't throw a bone to ELMO!

Bone loss, or osteoporosis, impacts millions worldwide and is often caused by increased activity of bone degrading cells, osteoclasts. These cells mediate normal bone turnover throughout life to maintain calcium balance and repair damaged bones but get ‘tricked’ into frenzied activity in inflammatory diseases such as rheumatoid arthritis (RA) and periodontitis. Osteoclast development under these extraordinary circumstances has been the focus of intense work over the last few decades, but we know much less about the factors that drive enhanced osteoclast function.

We became interested in osteoclasts while studying another type of an inflammatory cell, the neutrophil (white blood cells). We noted that a protein called ELMO1, originally identified as a component of the cellular machinery that enables removal of dead and dying cells (a process known as ‘efferocytosis’), was required for neutrophil migration into the joints of mice with inflammatory arthritis1. Since neutrophils contribute to the same hyperinflammatory state that gets osteoclasts ‘agitated’, we were not surprised to see alleviated bone loss in arthritic mice which lack ELMO1 in either all cells or in neutrophils specifically. However, as it often is the case, it was the control experiment that gave us the pause – mice which lacked ELMO1 specifically in macrophage-lineage cells (which include osteoclasts) and had the same level of joint inflammation as their wild type littermates, also exhibited reduced bone loss!

To further probe if ELMO1 could play a role in osteoclast function, we turned to the databases of human disease and found that ELMO1 mutations indeed associate with bone and joint abnormalities (including RA1). So, we decided to test ELMO1 deficient mice in two additional models of bone degradation – osteoporosis caused by the loss of the bone protective protein Osteoprotegerin, and ovariectomy-induced osteoporosis. In both models, we found that loss of ELMO1 significantly reduced bone loss.

and significantly reduced bone matrix degradation. These data suggested that ELMO1 functions in osteoclasts directly to promote bone resorption. Using unbiased approaches to analyze gene expression and ELMO1-associated protein partners, we identified an ELMO1 ‘node’ in the network of osteoclast function regulators that includes cathepsin G, myeloperoxidase, and bone acidification and degradation enzymes. In addition, ELMO1 regulation of the actin cytoskeleton that enables its function in cell clearance and migration also links osteoclasts to the bone matrix. Finally, we designed an ELMO1 inhibitory peptide based on the 3D structure and found that it could potently reduce bone resorption in wild type osteoclast cultures.

Collectively, we unexpectedly identified an ELMO1 signaling hub that regulates osteoclast function and bone loss, with relevance to osteoporosis and arthritis. As ELMO1 deficient mice are generally healthy, targeting ELMO1 could be of therapeutic value in conditions of bone loss mediated by unrestrained osteoclast activity. 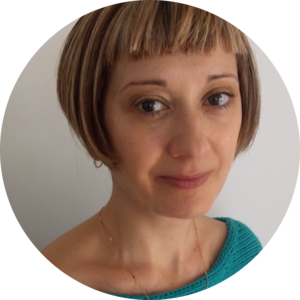