A community from npj Digital Medicine
Contributor Comms Biology
News and Opinion, From the Editors

Thursday 22nd July marks World Brain Day. At Communications Biology, as part of our series of posts in honour of the day, we spoke to some inspirational Neuroscientists at different career stages who are shaping the brain research landscape with a range of diversity and inclusion initiatives.

Diversity and Inclusion in any industry is fundamental to its progression. In honour of World Brain Day this year, Communications Biology spoke to Neuroscientists about the hurdles they have faced and the initiatives they have been involved in to help steer the changes needed in brain research.

We start off with Dr Laura Andreae, the new Chair-elect of the ALBA network, which works towards diversity and equity in brain sciences.

Dr Andreae is a developmental neuroscientist, interested in understanding how the brain wires up in the right place at the right time during development, and how this process can be altered in neurodevelopmental disorders such as autism. In her lab,  she is especially focused on the role that different types of neuronal activity and early types of plasticity might play in synapse formation, and how these rules may differ depending on specific circuits or cell types. She studies this in the hippocampus and prefrontal cortex, using a combination of imaging and electrophysiology.

In terms of the hurdles she has faced in her career as a female independent researcher with a young family, Dr Andreae states:

'I have four children and it’s been a huge challenge. For the first three, I was an MRC Career Development Fellow (a postdoc position) at the NIMR in London, UK, and as a core-funded postdoc at the time, I wasn’t even offered any extra time at the end of my contract to cover my time off on maternity leave, let alone any possibility of someone covering my post, so all projects completely stalled while I was on leave. There was no childcare provision that was actually available at any time! Taking time off for maternity during the postdoctoral years really impacted my productivity, and yet when I started applying for grants, productivity was often mentioned as an issue – as if reviewers simply didn’t take it into account at all. There was really minimal support of any kind. I really hope these things are starting to change, but the data suggests a glacial pace'.

Dr Andreae has been involved in initiatives to improve Diversity and Inclusion in brain research and has recently become the Chair-elect of the ALBA network.

'The ALBA network was created to try and promote diversity, equity and inclusion in neuroscience. It was only founded a few years ago, by the phenomenal Carmen Sandi, but has already established itself as a key driver for awareness and change in this area, internationally. I became involved because I was a FENS-Kavli Network scholar, and this network (FKNE) was involved with ALBA from early stages. For example, I was part of a brainstorming group at FKNE that started thinking about what a Declaration might look like and how it could help. I became one of the FKNE reps (later upgraded to the more glamorous ‘ambassador’!) and was involved in the ALBA-FKNE diversity prize and the ALBA Declaration, among other activities. I actually first got involved with ALBA because of my own struggles as a woman with kids in neuroscience, but more recently I’ve become especially passionate about under-represented ethnicity, and I started a Scholar’s programme for these groups with the British Neuroscience Association'.

In terms of advice that she would give to women trying to build a career in Neuroscience, Dr Andreae states:

'I always think advice is difficult, because everyone’s journey is different. People tend to look back on what worked for them, and assume that will help everyone else, which is often not the case! It’s still not easy for women in neuroscience, but I think I’d say – don’t give up. Be resilient, try again, be visible and don’t forget to help and mentor others. Oh, and join ALBA of course!'

We also spoke to Professor Sarah Guthrie - a Professor of Developmental Neuroscience and Head of the School of Life Sciences at the University of Sussex.  Professor Guthrie did a Natural Sciences degree at Newnham College Cambridge, before moving to UCL to do her PhD, studying intercellular communication via gap junctions in the development of the early amphibian embryo. After one year as a Beit Memorial Fellow in the Warner lab she remained in the gap junction field for a postdoc with Bernie Gilula at the Research Institute of Scripps Clinic, San Diego, USA. Returning to the UK in 1989 to work with Andrew Lumsden at King’s College London (KCL), Prof Guthrie moved into neuroscience, studying cranial motor neuron development. The majority of her academic career was spent at KCL, studying molecular mechanisms of axon guidance; she was promoted to Professor in 2003. Prof Guthrie has contributed important work in several distinct fields of developmental biology, i.e. gap junction communication in early development, early segmentation of the hindbrain and molecular mechanisms of axon growth and guidance of cranial motor neurons.  She currently works on the normal and abnormal development of the ocular motor system, with relevance to eye movement disorders in humans.  She joined the University of Sussex in 2016 as Deputy Head of Life Sciences, and was promoted to Head in 2017. She has strong interests in curriculum development, the student experience and in equality, diversity and inclusion in education. 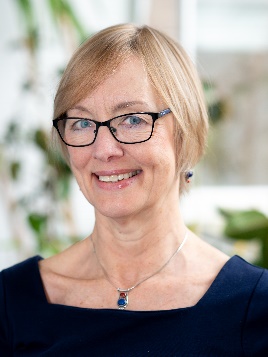 Professor Guthrie's current research is currently focused on signalling pathways in motor neurons in the human eye movement disorder Duane Retraction Syndrome (DRS). She is investigating in particular the role of the signalling protein alpha2-chimaerin, mutations in which cause DRS, a congenital form of squint. Her lab uses in vitro approaches and the zebrafish larva as a model system to test the role of various components of alpha2-chimaerin signalling pathways to the cytoskeleton. Zebrafish are a useful model for eye movement disorders in humans, as their eye movements develop early, and can be readily measured.

Professor Guthrie has been heavily involved in a number of Diversity and Inclusion initiatives:

'I regard Equality, Diversity and Inclusion as absolutely central to the activities of a University. While at King’s I chaired the AthenaSWAN panel to obtain a Bronze award and the School I lead has just renewed its Silver award. We have worked intensively on creating a more positive culture, including improving staff training on issues such as unconscious bias, being an active bystander, email etiquette and a code of conduct for meetings. We have created a staff network who are trained in mediation for informal resolution of issues. We recently worked together with student advocates to create a race equity action plan, to reduce the BAME awarding gap, decolonise the curriculum and embed anti-racism in all we do'.

As an established Neuroscientist, Head of School and mother, Professor Guthrie offers her advice to women in brain science:

'Don’t be put off by anyone telling you your ideas are no good or that a career in STEM will be too difficult. Always put yourself forward for things and don’t assume that you have to fulfil all the criteria in a job description or person specification. Always ask for a pay rise and apply for promotion; even if you are unsuccessful you will get feedback. If you can, get proper support at home in terms of childcare and help around the house. In my experience I found that sometimes compromises in work/life balance needed to be made also in order to be successful'.

Despite the changes that have been taking place, many more, permanent changes are still needed. Early career researchers have also been playing their part in changing the landscape of the field that they will be building their career in. We finish off by speaking to Yazead Buhidma, who is in the final stages of his PhD. Yazead's thesis is focused on understanding pain in Parkinson’s disease. The main objectives are to identify a potential treatment and understanding the underlying mechanisms behind it. 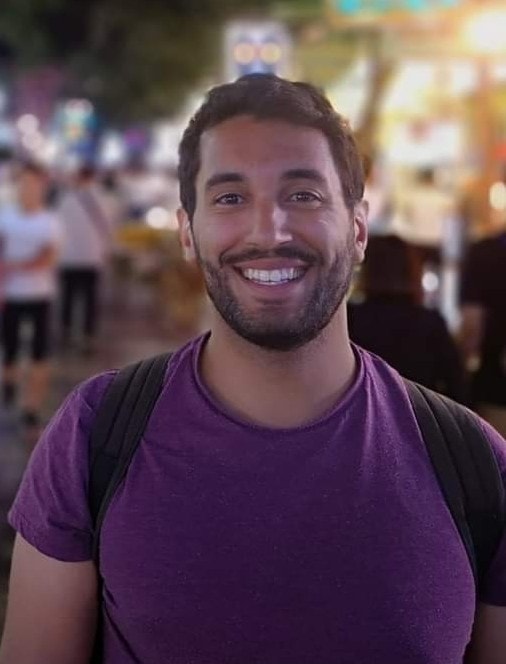 In terms of the support and initiatives that have been most important to him, Yazead states:

'I have been particularly active in a working group at King’s College London aimed to tackling harassment and bullying of all kinds within the Institute of Psychiatry, Psychology and Neuroscience. I think this initiative, which I feel strongly about, is a way for people from all backgrounds and minority groups to have their voices heard'.

As part of the LGBTQIA+ community, Yazead shares his advice to those wishing to begin a career in Neuroscience:

'The benefit of the scientific arena, at least in my experience, is that sexuality has little bearing on how good people think you are at research. You are mainly assessed on how skilled you are as a thinker. I do, however, recognise that some people in the field have outdated perceptions on our wonderful community. What I say to that is, embrace your individuality and persevere, regardless of what people say or think.

Scientific culture is lessened by a homogenous environment and if you have the aspiration to pursue a future in science, do it! You will follow in the footsteps of other great neuroscientists, such as Ruth Bleier and Pío del Río Hortega. There is a place for everyone in this world'.

Yazead plans to continue in academic research and aims to secure a position as a postdoctoral researcher in neurodegenerative research.

Communications Biology is proud to support all initiatives that ensure the Neuroscience field (any field!) continues to make steps towards being a home for anyone regardless of their gender, ethnicity, sexuality, caring responsibilities or background. As Yazead states, there is a place for everyone and scientific culture is lessened by a homogenous environment. Happy World Brain Day to all Brain Researchers!

Back to News and Opinion
Next 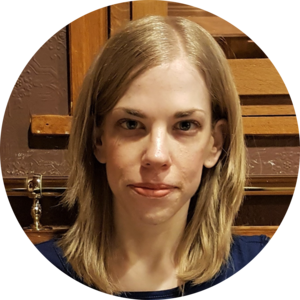 Everyone heard Omicron was less severe, but did not look at the qualifiers

Everyone wants a straightforward answer to what this pandemic means for them, and at some point, we must realize that something that is not visual that killed nearly 1,000,000 people nationally will never be straightforward.