In spite of dozens of existing treatment options, children with Attention Deficit Hyperactivity Disorder (ADHD) still fare poorly across many domains. We explore a new frontier in which digital therapeutics could help address these challenges for ADHD specifically and mental health more broadly.

Attention Deficit Hyperactivity Disorder (ADHD) is one of the most commonly diagnosed psychiatric conditions affecting children across the world.1 There is incontrovertible evidence that ADHD is associated with a wide range of adverse educational, interpersonal, financial and health outcomes, including risk for increased mortality.2 Front-line treatment for ADHD includes the use of both medication and behavioral therapy. Yet there are significant limitations to both of these modalities of treatment. Medication can be accompanied by unwanted side effects and adherence over time is generally suboptimal. Behavior therapy can be difficult to access for a variety of reasons, including availability of trained clinicians and expense. Fewer than one in three children with ADHD in the US report receiving the recommended multimodal treatment of medication plus behavior therapy; and more than 12% receive no treatment at all.3

At a broad level, one of, if not the biggest contributor to the continued challenges faced by patients with ADHD and their caregivers and health providers is a lack of truly novel approaches to treatment over the past 40 years. Among the nearly 3 dozen FDA approved medications approved for use in ADHD, nearly all are formulaic variants of the same 2 basic molecules – methylphenidate and amphetamine, the former of which first showed efficacy in the early 1960s.4 Behavior therapy is largely based on social learning principles that were well understood even earlier.

Against this backdrop of needed innovation, our recent paper examined the effectiveness of an attention-targeting video-game based digital therapeutic to improve functioning and symptoms in pediatric patients with ADHD. This multi-site study enrolled more than 200 children across the US, two-thirds of whom were also taking medication to manage their ADHD. This study was a follow up to a previously published RCT5 that established the efficacy of this treatment to improve attentional functioning in ADHD children not taking medication. Results from the current open-label study demonstrated improvements in both parent-reported ADHD-related impairment, as well as improvements in core ADHD symptoms. These effects were comparable in both groups of children, regardless of whether they were concurrently receiving medication. Moreover, for both groups, continued use of the intervention resulted in ongoing improvement across both kinds of outcomes over time. As with the initial RCT, this study found that the intervention was safe and well-tolerated with low rates of adverse events.  These two studies, which collectively studied more than 550 children with ADHD, formed the basis of regulatory clearance of the intervention (as a de novo medical device) by the US Food & Drug Administration (FDA) in June 2020. This clearance allows the product to be marketed for specific indications that were agreed upon by the product developer and the FDA.

This study specifically and more generally the introduction of a new type of evidence-based intervention for the management of attentional difficulties in ADHD patients are important for at least two main reasons. First, and related directly to the care of patients of ADHD, the treatment described in this paper represents an entirely new modality of treatment that may help address limitations of existing treatments. The safety profile of AKL-T01, the intervention under study, is more favorable than traditional pharmacological treatments. Also, digital therapeutics can be delivered anywhere access to the internet is enabled; this is not the case for well-trained child psychiatrists or other mental health professionals needed for the delivery of behavior therapy – although the rise of tele- and video- medicine during the COVID-19 pandemic represents another potential solution to the problem of access.6 This feature of a digital intervention is particularly important to help address potential disparities in treatment access.7 As the current study and the RCT predecessor demonstrate, this novel intervention demonstrates clear beneficial effects. Particularly in the domain of functional impairment, which is arguably a more important target for treatment than traditional symptom measures8 for patients, there were more clinically meaningful responders to the AKL-T01 treatment in the initial RCT and the current study demonstrates robust and durable effectiveness, albeit in an open-label design.

A second important take-home message from this study is that digital therapeutics – for ADHD and all other indications – can and should be evaluated with the same experimental rigor as traditional pharmacological treatments or novel medical devices. In a world where there are literally thousands of apps and other digitally-based products emerging every year, carefully designed, pre-registered, and peer-reviewed trials should become the ground truth for determining efficacy and safety of new products. Regardless of whether these types of studies for new digital therapeutics support regulatory clearance as was the present case; or instead are used to inform other stakeholders (eg., payors, health systems, strategic commercial partners), approaching product development for new digital tools in such a structured manner is necessary to ensure that such innovation is adopted and used in practice. This level of clinical evidence will ultimately increase confidence from both patients and providers in the use of new digital tools for the management of ADHD and other conditions.

The new digital therapeutic described in this paper is not intended to replace existing and efficacious approaches for managing ADHD. However, for the first time in decades, a completely novel, efficacious, and safe modality of treatment is available as an option for patients, and has passed the scrutiny of regulators to ensure a favorable benefit:risk ratio. As is often the case with the introduction of innovative solutions to old problems, there will be skepticism, including misinformed and mischaracterized criticism of the innovation itself or the studies that support its use. But at the end of the day, having more empirically-supported treatment options is an important step for the field; and hopefully one that can represent a sea change to usher in a new era of new tools to manage ADHD and many other conditions. 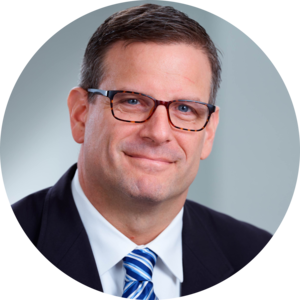 The future of noninvasive glucose monitoring is in your smartwatch

A collaborative approach that engages the community to develop digital biomarkers

Despite substantial efforts to develop digital biomarkers, benchmarking and validating these algorithms remains difficult. Open, crowd-sourced efforts through DREAM Challenges is one approach to speed the process.

What is the performance of different machine learning algorithms in predicting disease outcome among COVID-19 patients?

During the height of COVID-19 pandemic, clinicians were forced to make difficult treatment decisions, given the large number of patients and limited resources. To help guide treatment strategies, we evaluated the performance of 18 machine learning models in predicting COVID-19 patient outcomes.

Degui Zhi
Nature Portfolio Health Community
We use cookies to help improve your experience. By continuing to browse our website you are consenting to our use of cookies.
Learn more