Kathmandu (Nepal) is one of the fastest growing metropolitan cities in South Asia. Rural- urban migration is one of the largest contributors to this urban growth with numerous health and environmental challenges- including emerging and increasing AMR threats.
Dr. Dibesh Karmacharya
Executive Director, Center for Molecular Dynamics Nepal
Follow
Like Liked by Evelina Satkevic
0

Kathmandu, the capital of Nepal, with a population of more than 2.5 million, is growing at the rate of 4% per year- one of the fastest growing metropolitan cities in South Asia. Rural- urban migration, primarily driven by economic reasons, is one of the largest contributors to this urban growth. This has lead to increasing temporary settlements in the city as real estate is at a premium and access to affordable housing is limited. These settlement communities, or landless squatters, are mostly concentrated on the banks of urban and peri-urban rivers. Poor quality (temporary) housing with inadequate sewage, drainage, and drinking water facilities mean these settlements have numerous health and environmental challenges. Small holdings in these settlements often feature dense animal and human communities, including small to medium animal production. Pigs, cattle, goats, chickens, ducks and wildlife like rodents and migratory birds often are in close quarters with human dwellings, conditions well suited for transmission of zoonotic diseases.

Antimicrobial resistance (AMR) has emerged as a major concern worldwide, due to the acute health threat posed by antibiotic-resistant pathogens (WHO 2014, 2015). While human antibiotic use contributes to antibiotic resistance, the widespread use of antibiotics in agricultural applications – most notably livestock and poultry production – is a potential driver of AMR emergence. Agricultural antibiotic use leads to the presence of resistant bacteria in meat and poultry products; in addition, resistant organisms are released from farms into soil, groundwater, and surface waterways, leading to contamination of water sources for crop irrigation and domestic usage. Thus, agriculture is both a point source and an important recipient of antibiotic-resistant water contamination that could contribute to AMR persistence in the environment.

Antibiotic use is widespread and many clinically important pathogens have already been observed to be resistant to first- and second-line antibiotics. Kathmandu valley represents a particularly important area for monitoring the emergence and fate of AMR organisms. The discharge of solid waste, agricultural run-off, and wastewater into rivers – compounded with densely populated temporary settlements along the riverbanks and inadequate sanitation systems – has created an acute environmental and health risk in the area.

However, there is currently no routine environmental surveillance in place to track the fate and transportation of AMR genes and organisms, nor to assess the risk of clinically important AMR pathogen emergence. Establishing a better understanding of AMR dynamics between humans, agriculture, and the environment from One Health approach can help guide public health officials and policy makers in designing rational, preventive measures to reduce disease risk, as well as costs to the national health care system.

We evaluated risk factors related to the occurrence of resistance genes associated with antibiotic-resistant bacteria of global health importance for both humans and animals and chose to focus on a subset of seven genes (blaSHV-1 (SHV(238G240E) strain), QnrS, ermC, tetA, tetB, aacC2, and aadA1) that encompass a broad range of drug classes, including aminoglycosides, beta-lactams, tetracyclines, macrolides, and fluoroquinolones. We sampled humans, chickens, ducks, swine, and water clustered by household, as well as rodents and shrews near dwellings, concurrently in time in July 2017 in southeastern Kathmandu along the Manohara river. Real-time qualitative PCR was performed to screen for 88 genes. By characterizing risk factors across AMR genes of public health importance, this research highlights potential transmission pathways for further investigation and provides prioritization of community-based prevention and intervention efforts for disrupting AMR transmission of critically important antibiotics used in both humans and animals in Nepal.

This study was carried out by research teams from Nepal and the US- working closely with the local and central government agencies of Nepal. Emerging disease experts from the Center for Molecular Dynamics Nepal and the University of California, Davis collaborated and coordinated with the community leaders from Jadibuti- the temporary settlement located in the heart of the Kathmandu city. Our findings uncovered evidence of widespread anti-microbial resistance, hence we also engaged the mayor’s office to share our findings and facilitate required policy and program changes in support of this community. 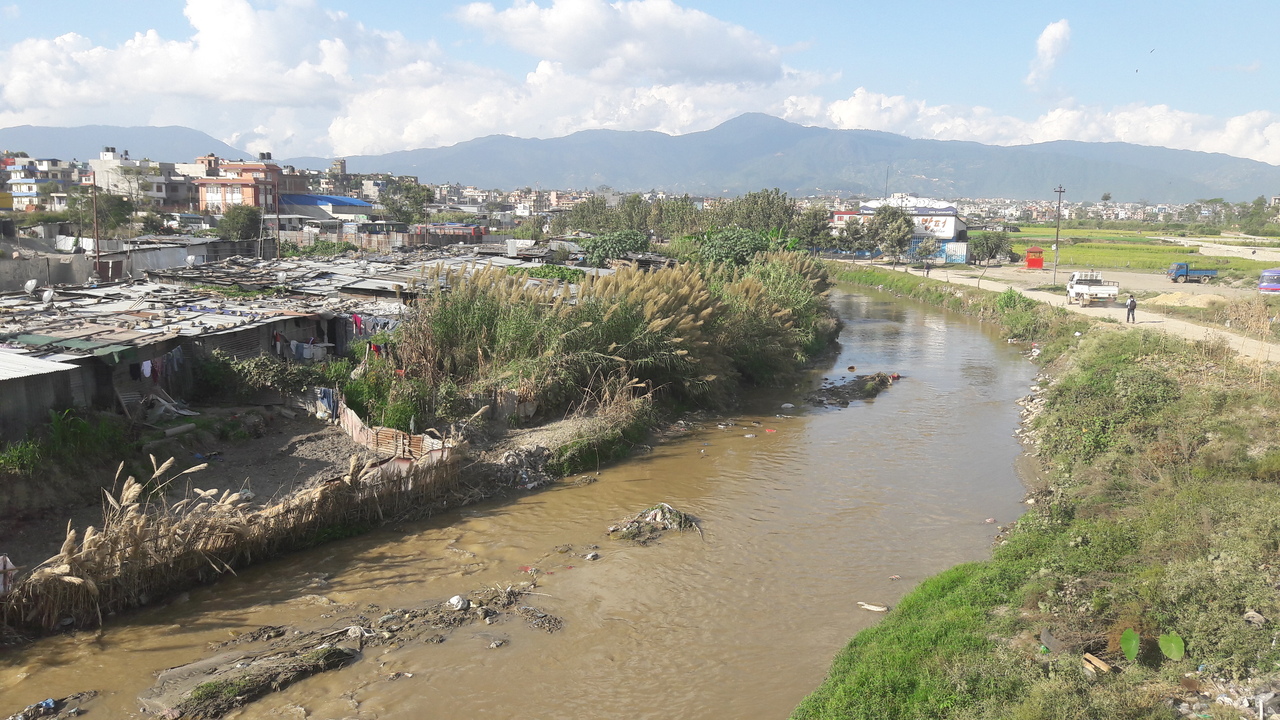 Kathmandu (Nepal) is one of the fastest growing metropolitan cities in South Asia. Rural- urban migration is one of the largest contributors to this urban growth with numerous health and environmental challenges- including emerging and increasing AMR threats.