An Unlikely Tale: How a Paper on Hemostasis, Puncture Wounds and Platelets Came from a Team Led by Ph.D.s in Physics and Biochemistry

The Nature Communities charge to submitters is to give the background behind the paper, what does it mean or perhaps how did it come about?  Here this charge becomes simplifying what is a complicated and unlikely story. I received a Ph.D. in biochemistry and chemistry at Caltech during the second half of the Vietnam War, a time when the first piece of mail received in home distant California was a 1A military draft classification. Caltech Biology told us not to worry, just get lost in a laboratory. Yes, that is what a Ph.D. is about, but as significant as the laboratory time can be the lessons gained in conversation.  Among such dialogs, was a casual remark about science by James Bonner – the first biochemist to sequence a pea histone: namely, “Do the most important thing first,” a remark that may seem a self-obvious truism but one that is in the end at the heart of why this paper came to be done.  My laboratory was working on platelet secretion, for which SNAREs, a set of granule fusion proteins, played a vital role in mediation. This work consisted of in vitro test tube experiments with isolated platelets, both human and mouse. Following standard conventions in the field, the experiments were done at room temperature, with isolated platelets in saline solution, and with defined stimuli, e.g., thrombin.

To me, the central experimental finding that granule secretion occurred through long necks or pipes without granule collapse into the plasma membrane, rather than by total fusion with the plasma membrane, seemed experimentally correct but possibly flawed. In nature, the body is at 37 °C and blood is a complicated mix of proteins.  So, a progressive step by step decision was to know what was true in vivo and gradually reosolve the known ex vivo artifacts.  At that time, Richard Leapman, a Ph.D. physicist and Maria Aronova, another Ph.D. trained physicist, in his laboratory at the US National Institute of Biomedical Imaging and Bioengineering and my laboratory had already begun to work together on defining the 3-dimensional structure of blood platelets through serial block face scanning electron microscopy. For Richard, the relatively small platelets provided an excellent biological system for revealing full volumes through the recently developed techniques of 3D electron microscopy. To start, we needed examples of actual, in vivo hemostasis, e.g., a puncture wound, one of the most classic cases of thrombus formation and bleeding cessation known to humankind. So, at a Gordon Conference some years ago, I asked Lawrence F. Brass, M.D.,Ph.D. at the University of Pennsylvania, whether his laboratory could provide some samples for us to begin testing whether structural analysis of thrombus formation at nanometer resolution in 3D space could provide interesting insight, compared with the much lower resolution of intravital microscopy, or the external surface-view of conventional scanning electron microscopy.  To our delight and wonderment, even the first thin section electron micrographs across the interior of a 5-minute post puncture thrombus revealed a vaulted structure that could not be readily explained by existing models.

As this finding began to be consolidated by further experiments, two key decision points arose. First, there was the decision of whether these findings were worth expanding into a discrete stand-alone project rather than supporting electron microscopy for other research threads. Second, there was the decision about whether these studies should be expanded to consider common anti-platelet or anti-coagulation factor drugs, a way to invoke possible signaling pathways and to add more immediate clinical relevance.  In the end, the decision was “Yes” on both points and, as a consequence, the puncture model was gradually transferred to the site of my laboratory, the University of Arkansas for Medical Sciences, with Sung Rhee, a third physics Ph.D. in the College of Medicine, ge Department of Pharmacology and Toxicology, becoming involved in the project and ultimately co-first author on the resulting publication.

In conclusion, I put forward this work as an example of how fresh perspectives and fresh approaches by apparent outsiders to a field, who do not have any classical training, can lead to significant outcomes that can reshape paradigms.  Let us now see how generally these outcomes apply to the field of hemostasis and thrombosis, a central aspect of the overall area of hematology. 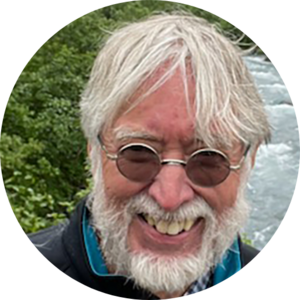