+1
Dorothee Kretschmer and 1 other View all
PhD, University of Tuebingen
Follow 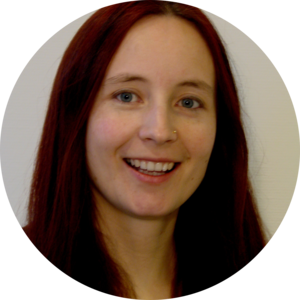 Bacterial infections represent a major cause for severe diseases whose therapy is becoming an increasing burden due to worldwide increasing rates of antibiotic resistance. Disseminated bacterial bloodstream infections represent a frequent complication, leading to life-threatening sepsis and septic shock with multi-organ failure. One of the most frequent causative bacterial agent of sepsis is the bacterial pathogen Staphylococcus aureus. The sepsis-related pathology results from insufficient or dysregulated immune responses involving multiple immune cells and signaling pathways, whose complex interplay limits our understanding and the development of effective preventive or therapeutic interventions. Accordingly, the therapy of sepsis has not made major progress in the last decades and new approaches that modulate systemic immune responses in suitable ways are urgently needed.

Our team focuses on microbe-host interaction especially on the interplay between G-protein-coupled receptors (GPCRs) on granulocytes and different S. aureus virulence factors. After analyzing classical S. aureus virulence factors such as phenol-soluble-modulins (PSMs) for years, we intended to extend the scope of our research and to investigate how bacterial metabolic components influence cells of the innate immune system. When Katja Schlatterer joined the team as a new PhD student, a project around the S. aureus metabolic product acetate was generated. Acetate is an end product of anaerobic but also aerobic S. aureus energy metabolism, mainly generated during glucose overflow metabolism. As a small, molecule, acetate can diffuse easily out of the bacterial cells in its uncharged state and affect the surrounding environment. In 2003, it has been described that neutrophils express GPR43, a GPCR that recognizes short-chain fatty acids (SCFA) like acetate. It has been shown that GPR43 on enterocytes plays a role in monitoring intestinal SCFA levels with critical consequences for chronic metabolic and inflammatory disorders such as obesity, gout, or colitis. In contrast, far less is known about the consequences of GPR43 activation in neutrophils. Therefore, we aimed at investigating the role of a GPR43 activation on neutrophils during an S. aureus infection. Initially, the project focused on S. aureus-produced acetate. Therefore, we contacted Kenneth Bayles from the University of Nebraska, who is an expert in the metabolic pathways leading to acetate production in S. aureus, especially the acetate kinase A-phosphate transferase (AckA-Pta)-pathway. To analyze the influence of acetate on host immune reactions, we used S. aureus bacteria lacking either the AckA or Pta enzyme, which strongly diminishes acetate generation. However, we rapidly realized that knockout of these acetate-generating enzymes affected the fitness of the bacteria severely. Kenneth Bayles has described an enhanced spontaneous cell death of the mutant, which we observed to be associated with increased release of immune-stimulatory molecules such as formylated peptides.  Thus, we could not use these ackA-pta mutants of S. aureus to analyze the effect of acetate on the immune reaction. From there on, we decided to utilize pH-adjusted sodium acetate solutions to investigate the role of acetate on neutrophils and GPR43 activation. Unfortunately, the problems were still not fixed. It followed a long fruitless period, were we couldn’t see the induction of any effector functions in neutrophils, although we observed an acetate-dependent GPR43 activation by calcium influx measurements in a GPR43-transfected cell line. Then, we decided to stimulate neutrophils with a combination of bacterial components and acetate – this was when our project gained traction. We realized that although acetate did not induce reactive oxygen species (ROS) of neutrophils on its own, it strongly enhanced the induction of ROS production by other bacterial ligands. It is known that stimulation of various GPCRs can establish a ‘primed’ state, which allows neutrophils to trigger a maximal antimicrobial response upon further pro-inflammatory stimulation. An exuberated release of ROS following subsequent stimulation with secondary pro-inflammatory molecules is a hallmark for a priming agent. From this point onwards, we followed the hypothesis that acetate might prime neutrophils and help to trigger the maximal antimicrobial response a bacterial infection. We could show that acetate induces phosphorylation of p47phox, a component of the granulocyte NADPH oxidase, which is responsible for ROS production. This phosphorylation is known to be associated with priming and enhanced ROS release. Additionally, we could show that acetate increases the expression of granulocyte complement (CD11b/CD35) and Fc- (CD16) receptors and enhances S. aureus phagocytosis and killing. Taken together, we found that acetate primes neutrophils in a GPR43-dependent manner.

To answer our initial question of the role of acetate during S. aureus infection, we utilized different mouse models. The interventional increase of serum acetate levels either by intraperitoneal injection or by drinking water supplementation also induced a primed state in murine neutrophils in vivo. Thirty minutes after acetate application, an S. aureus bacteremia was induced by intravenous bacterial injection. Strikingly, two days after sepsis onset acetate-treated mice showed up to four log-scales less bacterial loads in the organs as well as significantly less weight loss compared to mock-treated mice. This effect, however, could not be observed in mice lacking the GPR43 receptor, demonstrating a GPR43-dependency of this acetate effect. In this initial experiment mice were treated with acetate prophylactically prior to sepsis induction. However, because of the lacking treatment options in particular in bacteremia, we were especially interested to study whether this drastic effect could also be seen in mice treated with acetate after the onset of sepsis, which would recommend acetate as new therapeutic option in sepsis. Therefore, we treated mice suffering for six hours from an S. aureus sepsis with acetate and observed then a rapid gain in weight as well as significantly less bacteria in the liver. Despite its challenging start, the study continuously rewarded us with intriguing findings and, in the end, we could show that application of the simple molecule acetate had a substantial beneficial effect against murine S. aureus sepsis.

Systemic issues require systemic solutions: Cardiovascular health outcomes disparities for Black men in the United States are because of social determinants of health