Over the past 1.5 years, the viral COVID-19 pandemic has been dominating the headlines worldwide. In 2015-2016, the Zika virus epidemic had scientists, global health experts and the public worrying over its spread. While the SARS-CoV-2 virus is airborne, the Zika virus spreads through mosquito vectors – and it is not the only pathogen that takes advantage of these flying, buzzing, biting insects for its’ spread to new species and geographical locations. Other mosquito-borne pathogens are the Chikungunya virus, dengue virus, the malaria (Plasmodium) parasite and others. The latter two pathogens alone claim over 300 million cases and 440,000 deaths annually.

Approaches to combat mosquito-borne diseases include genetic manipulations of mosquito populations (gene drive), larvicides, and the use of insecticides that act either upon ingestion or touch. The most common “feed and kill” (i.e. killing via ingestion of poisonous food) method currently are the attractive toxic sugar baits (ATSB), a sugar infused with a toxin, often boric acid. While the sugar indeed attracts both male and female mosquitoes, it unfortunately can also entrances other insect species, including eco-economically important ones, like bees. In any case, every approach has its drawbacks, whether due to high costs, low adoption in the communities, or development of resistance in the parasite or vector. Thus, there is a wide consensus about the urgency of establishing new control techniques and their combined incorporation in the field.

Initiating this study, Viktoria E. Stromsky and Melika Hajkazemian et al drew on our previous findings, reporting on the phagostimulatory effect of a Plasmodium metabolite, HMBPP, on multiple mosquito species. We previously showed that addition of HMBPP to a blood meal significantly increases feeding in the An. gambiae (Keele). Now, we were eager to examine how this chemical can be integrated in a strategy to support and improve mosquito control techniques.

We first examined this effect by comparing mosquitoes' attraction to, and feeding on red blood cells (RBCs) supplemented with HMBPP compared to RBCs alone. Addition of 10 µM HMBPP increased significantly the feeding of five mosquito disease vectors on the supplemented blood meal, proving that this effect is prevalent in species other than An. gambiae s.l. in which we showed the effect before.

Having established the phagostimulatory effect of HMBPP, we discussed how we can develop on this idea further. The overarching objective of this study, and other projects in our research group, is to investigate mosquito physiology and behaviour, and to establish environmentally-friendly approaches to combat their harmful effects on humans. Thus, thinking about the costs, reproducibility and tremendous amounts of feed-kill traps that are needed in the field, we decided to substitute the blood with another liquid that the mosquitoes can be attracted to, and feed on - a beetroot juice.

Although it’s dark red color is resembling blood and it contains trace of a volatile compound named geosmin, which was proven to facilitate mosquito attraction to it, in itself beetroot juice is not an attractive meal for female mosquitoes. In this study we have  demonstrated that mosquitoes can and do feed on HMBPP-supplemented beetroot juice.

Subsequently then we then turned to optimising it as an effective medium for a feed-kill trap. We aimed to mimic a blood meal as close as possible, and therefore supplemented the juice further with protein/lipid mixture and adjusted it to pH = 7. These tweaks significantly enhanced the mosquito feeding on the meals, compared to HMBPP-beetroot only.

In our last part of the study, we probed whether mosquitoes can be tricked into feeding on the beetroot-based mix with addition of toxins, and whether this consumption would have an effect on landing tendency, feeding and viability. To this end, we prepared four cocktails based on pH=7-adjusted beetroot juice, supplemented with HMBPP, lipid/protein content, and one of the following toxins; capsaicin, savory oil, boric acid, and fipronil sulfone (insecticide), and of course one control meal without a toxin. Significantly fewer mosquitoes landed on, and fed on the meals containing capsaicin, savory oil and boric acid, compared to the control meal, and no deaths were observed in these treatment groups within the 24 hour follow up. On the contrary, mosquito tendency to land and ingest the insecticide cocktail was not significantly different from the non-toxic meal.

Furthermore - the effect of feeding on the insecticide cocktail on mosquitoes was quite astonishing - within 100-350 minutes post feeding, all tested mosquitoes, spanning the An. coluzzii, An. arabiensis, An. gambiae s.s., An. gambiae s.l., Ae. aegypti and the European Culex pipiens/torrentium species - were found dead!

Altogether, we here provide a proof-of-concept for a specialised and eco-friendly feeding trap that can be deployed where needed. We hope to see it tested in the field setting and in combination with other vector control approaches, but until then – we welcome you to enjoy the article and look forward to fruitful discussions and extend our hand to collaborations. In the meantime, when you see a beetroot in the supermarket or veggie stall, remember that it is not only a tasty root vegetable, but also a key ingredient in a cocktail mixed for the benefit of reducing mosquito-borne pathogen transmission.

The blog is written by

It all comes down to balance 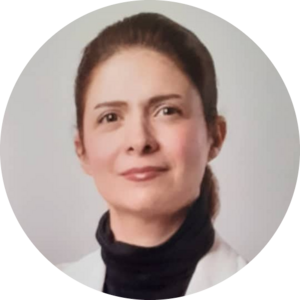