+1
Kim Keeling and 1 other View all
Assistant Professor, U. Alabama at Birmingham
Follow 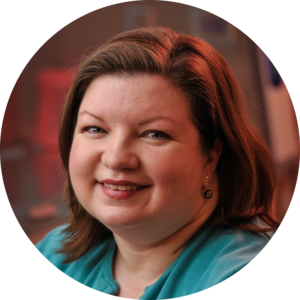 Assistant Professor, U. Alabama at Birmingham 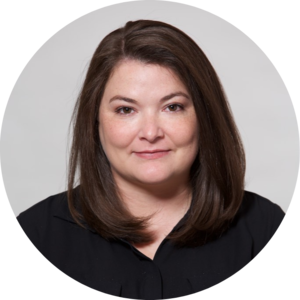 Genetic diseases are caused by different types of mutations that alter the expression and/or function of one or more gene product. Comprising 11% of all gene lesions 1, nonsense mutations are nucleotide substitutions in a DNA sequence that generate an in-frame premature termination codon (PTC) in the coding region of its transcribed mRNA. Nonsense mutations are particularly significant among rare genetic diseases because they end translation of an mRNA before a full-length protein is made, leading to negligible protein expression/function and often causing the most severe disease presentations.

Several approaches to overcome the detrimental effects of nonsense mutations on protein expression/function are currently being explored. One way to potentially restore protein function from a PTC-containing mRNA is to suppress translation termination at the PTC, allowing expression of full-length, functional protein. Some current strategies take advantage of the fact that aminoacyl-tRNAs and the termination complex, composed of the core factors eRF1 and eRF3, compete for binding to a PTC when it is located in the ribosomal acceptor (A) site (see figure). If a PTC is bound by the termination complex, termination will occur. However, if a PTC is bound by a tRNA, the amino acid carried by the tRNA can be added to the nascent polypeptide at the site of the PTC, allowing translation to continue and a full-length protein to be produced, a process called “readthrough”. Because no natural tRNAs carry an anticodon complementary to any of the three stop codons (UAA, UAG, or UGA), the termination complex normally greatly outcompetes tRNA binding at a PTC.

In one approach, suppressor tRNAs have been engineered to make their anticodon complimentary to a PTC, increasing the frequency by which a PTC is suppressed. However, inefficient expression and delivery of suppressor tRNAs, as well as the potential for readthrough at normal stop codons, remain obstacles for its clinical development 2.

Alternatively, small pharmaceutical molecules have been discovered that target the translational machinery to increase the frequency that naturally occurring tRNAs with anticodons that are near-cognate to a PTC (complimentary to two of the three nucleotides) are incorporated at a PTC. The best known of these readthrough compounds are the aminoglycosides, a family of antibiotics that bind to a region of the ribosome called the decoding site, which proofreads molecular contacts between the codon and anticodon in the ribosomal A site 3. Aminoglycosides cause a conformational change in the decoding site that decreases A-site proofreading, allowing near-cognate tRNAs to be accommodated at PTCs more frequently 4,5. While off-target effects have limited the long-term clinical use of aminoglycosides for PTC suppression6,7, aminoglycoside derivatives with reduced toxicity are currently in PTC suppression clinical trials 8.

In a recent issue of Nature Communications, Sharma & Du et al. describe the discovery and characterization of a compound that suppresses translation termination at PTCs through a previously unknown mechanism. Identified from a screen of more than 770,000 low molecular weight molecules, SRI-37240, and its more effective analog SRI-41315, promote readthrough of PTCs in reporter constructs.

Both compounds also readthrough multiple PTCs associated with cystic fibrosis in several different cell lines, including primary human bronchial epithelial cells obtained from a cystic fibrosis patient. Rescue of CFTR protein was demonstrated by the restoration of full-length CFTR protein as well as the recovery of CFTR-specific chloride channel activity. Furthermore, combining these compounds with the potent aminoglycoside, G418, leads to greater readthrough than with either compound alone, suggesting that these agents mediate readthrough through different mechanisms. Moreover, ribosomal profiling showed that while G418 induces readthrough of normal stop codons, SRI-37240 does not.

Examining the mechanism by which SRI-41315 promotes readthrough revealed that it decreases the abundance of the eRF1 termination factor, increasing the frequency that tRNAs become incorporated at PTCs. Sharma & Du et al. further show that SRI-41315 depletes eRF1 by helping target it for proteasomal degradation.

This is the first report of a compound that slates eRF1 for proteasomal degradation. This discovery marks a significant step forward in the development of potential pharmaceuticals to suppress PTCs associated with many diverse genetic diseases.

Assistant Professor, U. Alabama at Birmingham