The question that motivated our study was pretty straightforward: can we use a widely available digital sensor to detect clinical deterioration in children with cancer outside the intensive care unit? And more importantly, can we do this using a relatively cheap, easy to implement digital infrastructure? Underlying this question was a desire to crack open the window to a fairly fascinating aspect of human physiology using available sensor technology to help children avoid devastating complications while they fight cancer.

The physiologic phenomenon we were interested in was reduced heart rate variability (HRV), which is seen in patients with altered autonomic nervous system (ANS) response. The ANS controls or influences most of the involuntary functions in the body, including the heart rate. The two branches of the ANS, the parasympathetic and the sympathetic nervous systems, exert antagonistic effects in the heart rate, with the parasympathetic slowing the heart rate (mostly in response to the respiratory cycles) and the sympathetic nervous system accelerating it. This constant push-pull results in a continually varying heart rate, which is physiologically normal. What is abnormal is when the variability is reduced. Reduction in HRV is often seen when the parasympathetic influence in the heart rate is greatly diminished, which sometimes occurs as a response to a systemic stressor -such as a severe infection or an organ dysfunction- that over-activates the sympathetic response (i.e. the “fight or flight” response). The interesting aspect of this dysregulated ANS response is that it occurs much faster than other systemic responses to stress, like the immune response (e.g. cytokines, inflammation) or the neuroendocrine response (e.g. cortisol, vasopressin), and so it can be used as an early warning sign of clinical deterioration. In addition, measuring HRV does not requires a blood sample or any sort of invasive monitoring device. The most basic technology required to measure HRV, photoplethysmography (PPG), is ubiquitous in the healthcare setting.

PPG, which is the optical sensor technology behind pulse oximeters, is widely used in most healthcare settings to measure blood oxygen saturation levels and pulse rates (which are directly correlated to the heart rate). Not only that, but it is also available in most wearable sensor technology, such as smart watches or fitness heart rate monitors. This opens the door to the possibility of using this technology to monitor high-risk children at home and detect clinical deterioration much earlier.

In our study, we showed that it is feasible to use PPG sensor data at a 5 second sampling rate to accurately estimate HRV. In addition, we found that the derived measure, which we called pulse rate variability index (PRVi), was independently associated with the degree of organ dysfunction suffered by children with cancer who had a clinical deterioration while in the hospital. The next steps are to confirm these findings in a larger population and potentially using wearable technology to evaluate the feasibility and usefulness of measuring PRVi outside the hospital setting. 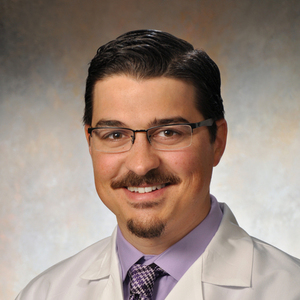 Leveraging Artificial Intelligence for the Next Pandemic

Hospitals only know how much a patient costs once they’ve gone home, making it difficult to plan spending efficiently, but predictive algorithms could help estimate costs early for inpatients.