Can an app a day keep the doctor at bay?

This was a question that intrigued us as health apps soared in number and in popularity. To be useful in real clinical practice health apps should be proven to work, safe, and usable at the very least. We focused on the first of these requirements, as the safety and usability issues were beyond our expertise and highly subjective matters, respectively.

When we started our research, there were about a quarter of a million apps in the Medical and Health and Fitness categories of the app stores. It would have been an impossible and inefficient task to go through the apps in the app stores one by one to find any study or trial that app might have been part of. Hence, we decided to approach it from the literature side.

We proposed that if shown effective, stand-alone apps could be officially “prescribable” by a medical professional as a non-pharmaceutical intervention. Imagine going to your primary care physician with something that’s been annoying you for a while and get suggested an evidence-based app instead of pills or potions as usual?! I for one would like that.

There is a dizzying array of apps for equally diverse health and medical conditions: those that help you keep track of your condition (diaries), those that provide information on your condition and instruction for measures, those that help you quantify yourself, those that connect to other things (appcessories), those that are untethered… but they all claim to change your health for the better. We believe that such claims should be backed by evidence. And surprise, we are not the only ones! The Federal Trade Commission has been tackling the false or unsubstantiated claims by health and medical apps in recent years. Acne, Lumosity and Instant Blood Pressure are among many apps that were fined millions and made headlines. And that further confirmed our goal of scrutinizing the evidence behind a myriad of available apps.

Our initial literature search revealed many systematic reviews that covered a specific area or a condition each. Since primary care physicians see wide range of conditions daily, we decided to do an overview of systematic reviews to find app trials in varied fields. We screened a modest amount of titles for a review (a colleague had to screen nineteen thousand, so we are not complaining), but the real challenge was in determining the availability of the study apps. Because to be useful in real practice, they must be available. The app availability information was often not mentioned in the systematic reviews, leaving us with no choice but to dig deeper into the original trials of the apps and contact their authors, thus making our review digress slightly. Discontinuation of apps seemed to be a common practice when the funding runs out and or the complete opposite: despite the trials showing no evidence the apps were still released. Such apps often boast a one-line promotion in their description of how the app was scientifically tested. Because they fail to report that the claimed “scientific testing” did not actually demonstrate that the app makes you better, people mistake that impressive-sounding phrase as evidence that it works.

Although our overview showed evidence of effectiveness was scarce and poor, we still believe that health apps have the potential to be used as a non-drug management tool in wide range of chronic conditions as well as the potential to change health-related behaviors. But evidence is a must. And from what we’ve seen the literature is emerging with trials and errors. If there is one thing researchers could do to improve their study quality is to ensure the risk of bias is as low as possible. Biased studies do not help build solid base for the intervention but feeds the “fake news” and worsen the signal-to-noise ratio of the literature, further misinforming the already overwhelmed patients and doctors.

We hope that the day we can confidently say “An app a day keeps the doctor at bay” is near. Until then when you hear someone suggest “There’s an app for that!”, ask “Is there evidence for that?”.

The overview in npj Digital Medicine journal can be found here: https://go.nature.com/2rwVLje 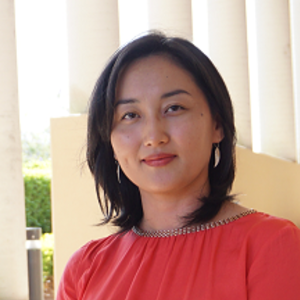